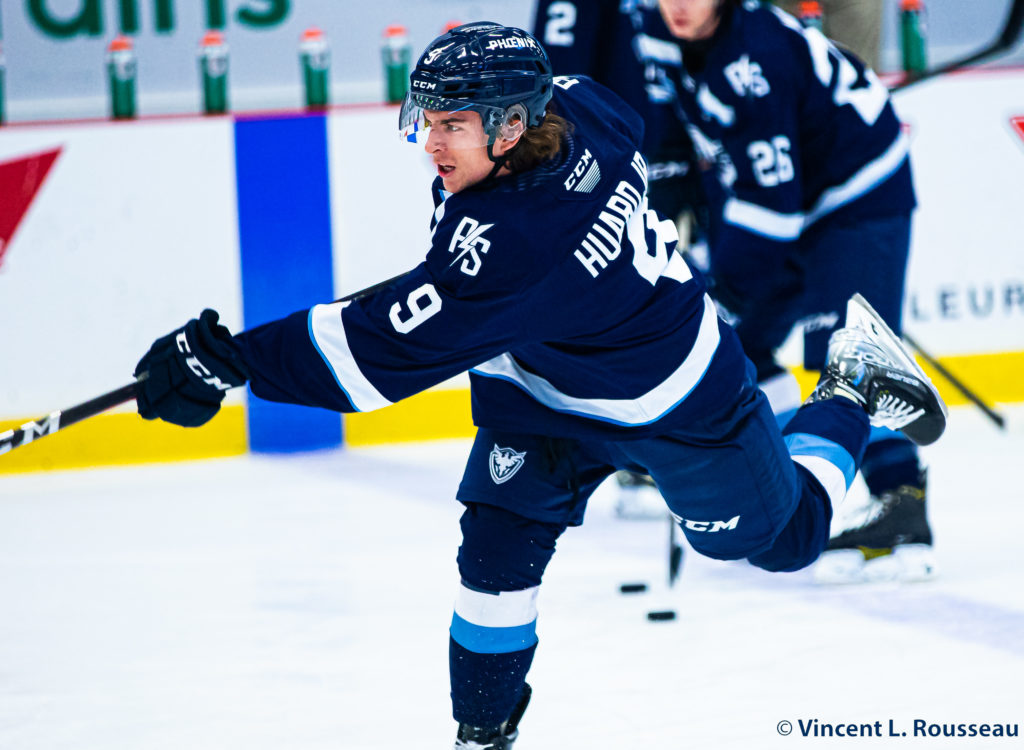 On the eve of 2022-23 season for the Halifax Mooseheads, General Manager Cam Russell made a move to bring in an additional 20-year-old forward by acquiring left-winger Stephane Huard Jr from the Sherbrooke Phoenix.

Halifax sent a 2023 6th round pick and a 2025 14th round pick the other way to secure a second overage player for the roster. Huard Jr scored 19 goals and 46 points last season with the Phoenix and was a 3rd round pick of the Blainville-Boisbriand Armada in 2018.

He has played in 138 career regular season games and posted goal totals of 27, 39 assists and 66 points. Huard Jr scored four goals and added two helpers in 11 playoff games last year in Sherbrooke. He joins forward Evan Boucher as the two overage players for the Mooseheads.

Meantime, forward Jordan Dumais was sent back to the team on Friday from the Columbus Blue Jackets and is expected to be in the lineup for Saturday’s Home Opener at Scotiabank Centre vs the Cape Breton Eagles. Dumais was drafted by the Blue Jackets in the 3rd round of the 2022 NHL Entry Draft.

Tickets for tomorrow night’s Home Opener are on sale now at TicketAtlantic.com. Fans can also watch the game on Eastlink and listen on City News 957.

L'Heureux stars in return to lineup
12 hours ago