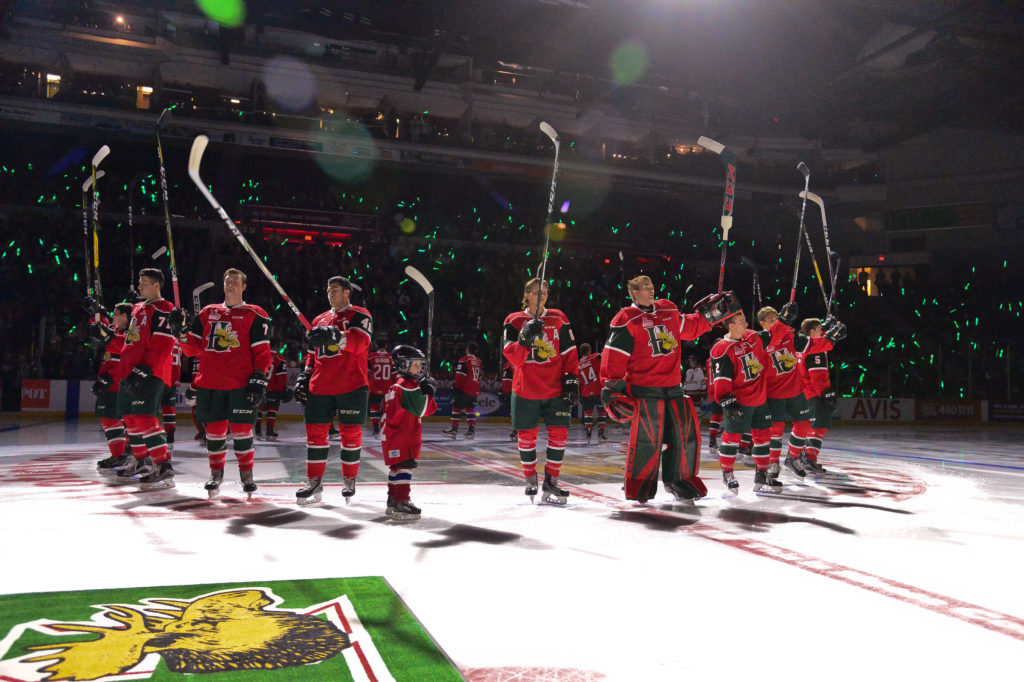 The QMJHL has released the 2018-19 regular season schedule for your Memorial Cup hosting Halifax Mooseheads. The team will start the season with a lengthy 15-game road trip due to the installation of a new ice slab at Scotiabank Centre which is replacing the original 40-year-old infrastructure. Head Coach Eric Veilleux’s squad will play eight home games in each of November, January and February.

The Mooseheads will play their first game of the year in Saint John on Friday, September 21st and will make two separate trips through the province of Quebec before returning for the Home Opener on Saturday, October 27th at 7pm vs the Cape Breton Screaming Eagles. The provincial rivals will play in one of the highlights of the schedule when they meet in Halifax on New Year’s Eve in the third annual Hurley Cup.

Mooseheads 2018-19 Season Ticket Memberships are on sale now at TicketAtlantic.com, the Official Mooseheads Shop in Scotia Square or by calling 451-1221.