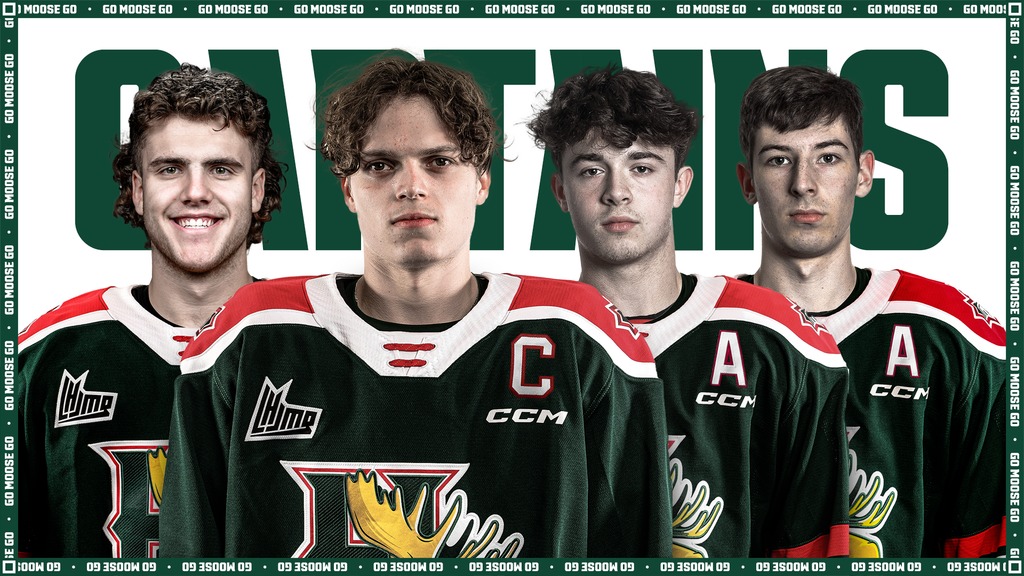 Your Halifax Mooseheads have introduced the leadership group for the 2022-23 season which begins tomorrow night on home ice versus Cape Breton. Alumni Member Joe DiPenta was on hand to assist Head Coach Sylvain Favreau with the presentation and spoke to the players about the meaning of leadership and how everyone on the team can play a role.

Attilio Biasca has been named the Captain of the squad with the 19-year-old forward entering his third season in the QMJHL. The native of Zug, Switzerland recently suited up for his home country at the World Junior Championship for the second time and was named one of Switzerland’s Top 3 Players after leading the team in scoring with four goals and two assists. Biasca wore and “A” for the Swiss at the event in Edmonton and Red Deer. The 2020 5th overall CHL Import Draft pick is poised for a breakout season in Halifax after dealing with injuries during his first two campaigns which limited him to 58 career games. He has scored 22 points over that time with 13 goals and nine assists. 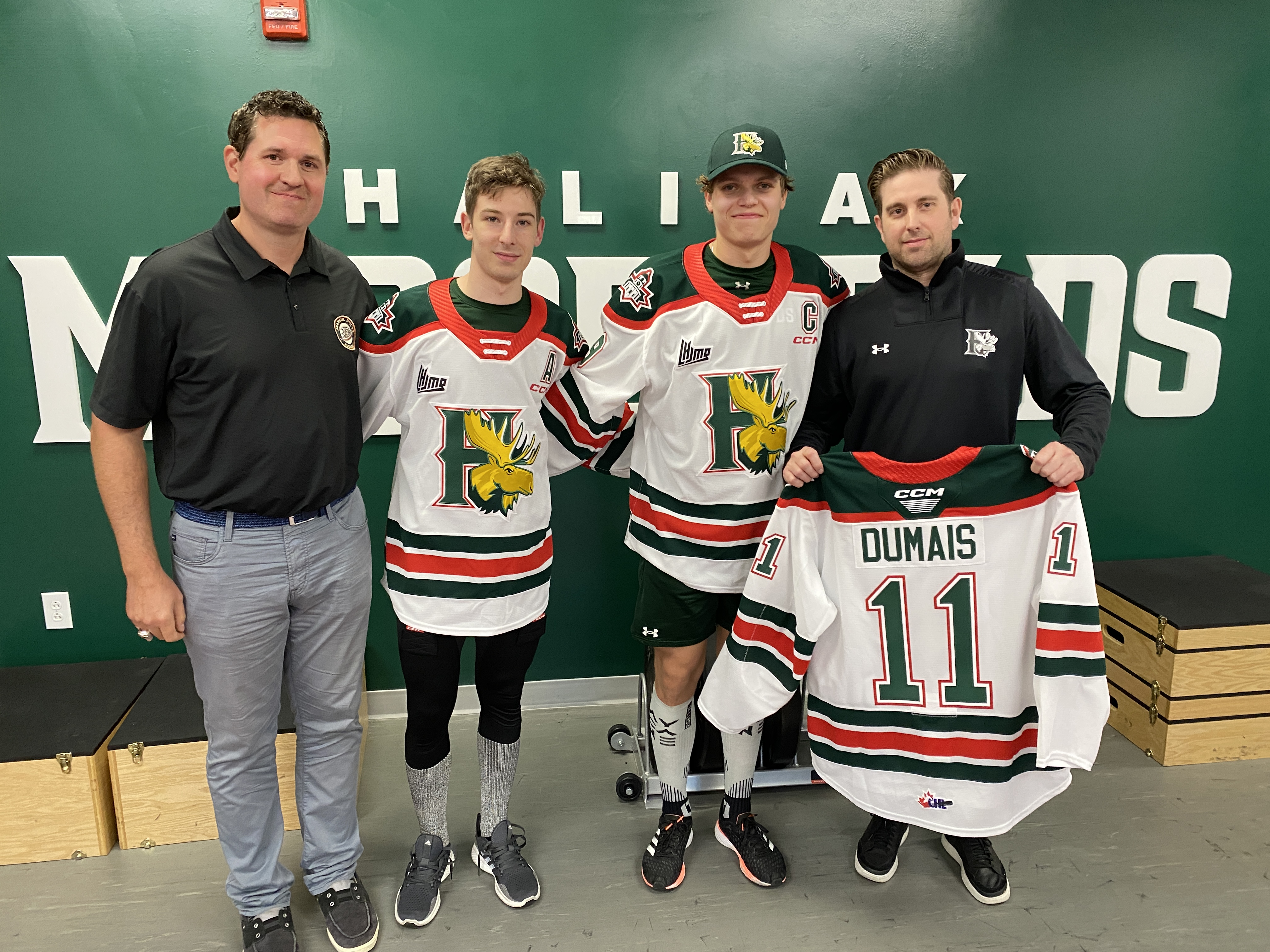 Zachary L’Heureux will serve as an Alternate Captain for the second consecutive year. The Nashville Predators 1st Round pick from 2021 scored 22 goals and added 34 assists for 56 points in 46 games played last season with Halifax. The 19-year-old has 148 career points in 134 games between the Mooseheads and Moncton Wildcats. L’Heureux will be sidelined indefinitely with an upper body injury sustained while at camp with Nashville. He was returned to the Mooseheads by the Predators on Thursday.

Jordan Dumais will also serve as an Alternate Captain. He will wear a letter with the Mooseheads for the first time in his career after a breakout season of 109 points, leading to the Columbus Blue Jackets selecting him in the 3rd Round of the NHL Entry Draft. The 18-year-old Dumais flourished on the top line last season and set the fourth-highest single season points total in franchise history behind only Ramzi Abid, Ladislav Nagy and Brandon Reid.

Markus Vidicek joins the leadership group for the first time as an Alternate Captain as he prepares for his third season with the Mooseheads. The 18-year-old from Kirkland, QC has been a consistent performer for the Herd and a proven two-way forward. Vidicek, who attended training camp with the Arizona Coyotes as a free agent, had a career high in goals, assists and points last season with 18 tallies, 47 helpers and 65 points.

While L’Heureux is out of the lineup, the team will rotate players as the third Alternate Captain.

Your Mooseheads welcome Cape Breton in the Home Opener at Scotiabank Centre on Saturday night at 7pm. Tickets are on sale now at TicketAtlantic.com. Fans can also watch the game on Eastlink or listen on CityNews 957.

L'Heureux stars in return to lineup
14 hours ago