3 Mooseheads on QMJHL Team of the Week 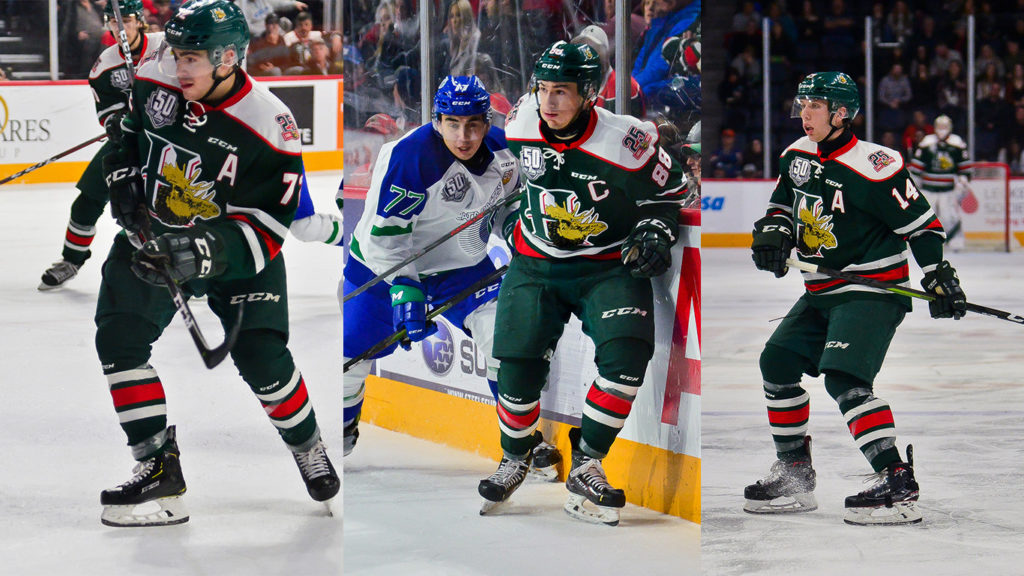 The Halifax Mooseheads enjoyed a successful week with three wins in three games over Victoriaville, Sherbrooke and Moncton and as a result, a trio of players have been named to the QMJHL Team of the Week.

Samuel Asselin, earlier named the QMJHL Player of the Week, cracked the squad with 11 points in those games. Asselin scored 6 goals and added 5 assists. Line-mate Antoine Morand was also named to the team with 9 points on 3 goals and 6 assists while defenceman Jared McIsaac also earned a spot. McIsaac contributed 9 points with 2 goals and 7 assists in the Halifax victories.

Halifax will host the Charlottetown Islanders this Wednesday night and will also entertain Acadie-Bathurst in Friday night. Both games are 7pm start times. Tickets are on sale now at the Ticket Atlantic Box Office, select Superstore Outlets, TicketAtlantic.com, the Official Mooseheads Shop in Scotia Square or charge by phone 902-451-1221.