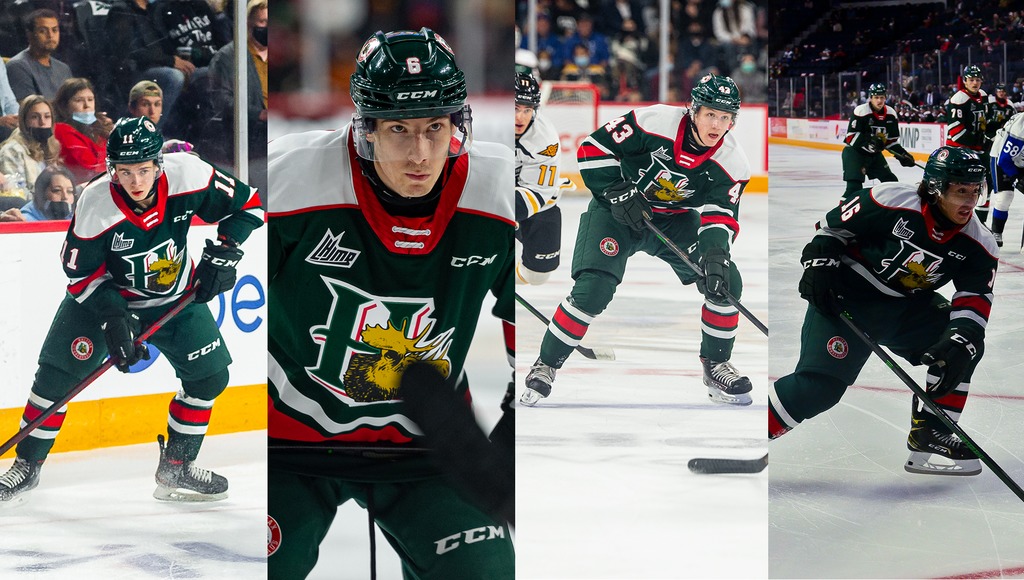 Your Halifax Mooseheads have four players included in NHL Central Scouting’s Preliminary Players to Watch for the 2022 NHL Entry Draft released on Tuesday.

Dumais has flourished at right wing on the top line with Elliot Desnoyers and Zachary L’Heureux and currently leads the Mooseheads in scoring with nine points on four goals and five assists. Vidicek has played centre on the second line and has contributed two goals and two assists while Furlong is primarily paired with David Lafrance in the second defence pairing and has picked up one assist while leading the team with a +/- rating of +9. Swan has yet to play this season due to a hand injury but is expected back soon.

Halifax had a trio of players picked in July’s 2021 NHL Entry Draft with Zach L’Heureux going to Nashville in the first round while Cam Whynot was a third round pick of the Calgary Flames and Bobby Orr went to the Carolina Hurricanes in the fifth round.

Quebec’s Nathan Gaucher and Gatineau’s Tristan Luneau are the only QMJHL players with an “A” ranking as potential first round picks.

The 2022 NHL Entry Draft is scheduled to take place July 7-8 at the Bell Centre in Montreal, QC.

You can see the Mooseheads draft prospects in action twice this weekend at Scotiabank Centre when Halifax welcomes Val d’Or Saturday night at 7pm and Cape Breton for Kids Day on Sunday at 3pm. Tickets are on sale now at TicketAtlantic.com.