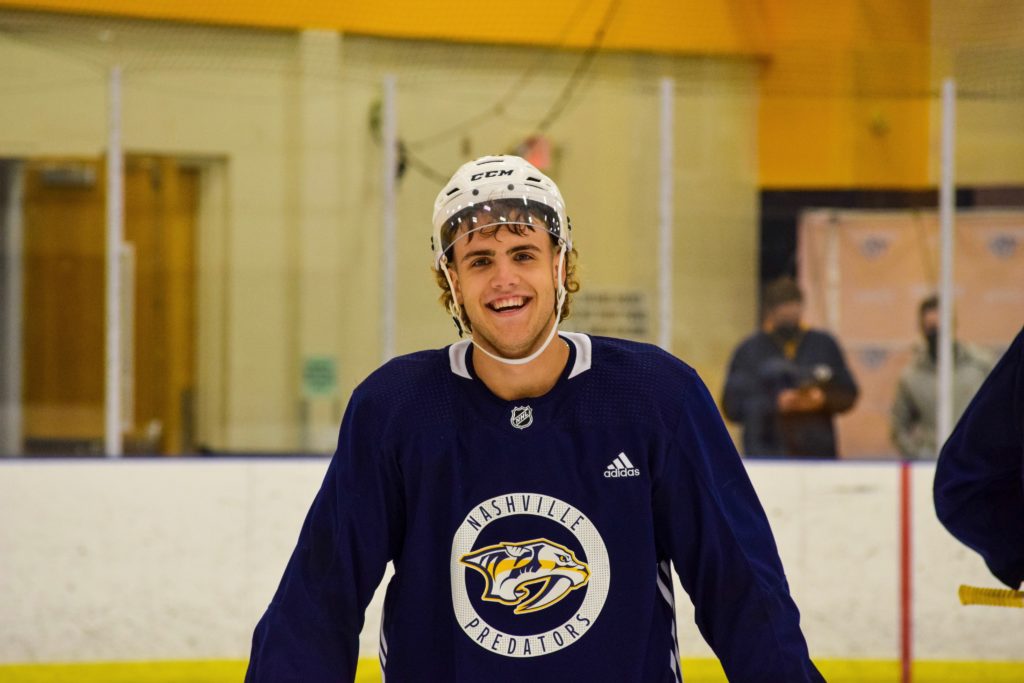 Six members of your Halifax Mooseheads are set to participate in upcoming NHL camps in the coming days. Forwards Zachary L’Heureux (Nashville), Senna Peeters (Arizona), Elliot Desnoyers (Philadelphia), Bobby Orr (Carolina), defenceman Cam Whynot (Calgary) and goalie Brady James (Nashville) make up the group of talented young players that will be away from the team for the next few weeks.

Zach L’Heureux, a first round pick of the Predators in July will depart on Tuesday for Nashville along with Brady James who received a free agent invitation from the Preds.

Elliot Desnoyers has spent the summer in Philadelphia recovering from hip surgery and has been skating for several weeks. The 2020 fifth round pick of the Flyers said he is getting closer to feeling 100 percent and expects to be ready to rejoin the Mooseheads for the start of the regular season.

Bobby Orr has led Halifax in preseason scoring with seven points after being drafted by the Carolina Hurricanes in July. The skilled forward leaves Halifax for Hurricanes camp on Sunday.

Defenceman Cam Whynot went to the Calgary Flames in July’s NHL Entry Draft and is expected to play a big role on the blueline in Moose Country this season. He leaves for Flames camp on Tuesday.

Senna Peeters was handed a free agent invitation from Arizona during the summer and left earlier today to join Coyotes camp.

The Mooseheads will return to action in the preseason later this week when they visit Cape Breton on Friday night at 7pm before hosting the Eagles on Saturday at 4pm at Scotiabank Centre. Click here for preseason tickets.