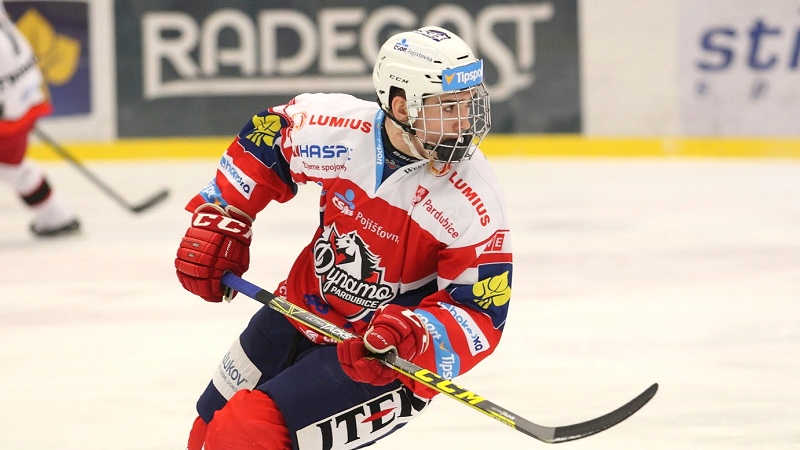 It’s official. Czech forward Filip Zadina will be in a Halifax Mooseheads uniform for the 2017-18 QMJHL season. General Manager Cam Russell announced the confirmation today after finalizing an agreement with Zadina.

“We are extremely excited to have a player of Filip’s ability and skill level joining the Mooseheads this season,” Russell said.

The 17-year-old was selected with the 10th pick in June’s CHL Import Draft and is expected to bring an immediate impact on offense to the Mooseheads. Zadina is armed with an excellent shot and a knack for scoring big goals as was evident when he led his country to a gold medal at last year’s Ivan Hlinka Memorial by scoring twice in a 4-3 win over the United States. He tied for the goal scoring lead in that tournament. He has scored 73 points in 65 games in International Junior play. The Mooseheads’ two import players for 2017-18 consist of Zadina and Finland’s Otto Somppi with Nico Hischier likely sticking with the New Jersey Devils after they made him the first overall selection in June’s NHL Entry Draft. Russell explained that Mooseheads fans will like what they see from the newest addition to the team.

“We’re confident that he will step in and become a leader for us on and off the ice. Filip is excited to come and play in Halifax and we’re very pleased to have him here.”

Zadina is considered to be a potential first round draft pick in the NHL next summer joining the likes of Jared McIsaac, Benoit-Olivier Groulx and Alex Gravel as highly regarded 2018 prospects on the exciting young team. Provided he continues on this path, the skilled forward could become the fourth Mooseheads import pick to be selected in the first round of the NHL Draft since 2014. Zadina was previously taken by the Vancouver Giants 4th overall in the 2016 CHL Import Draft but chose to stay in the Czech Republic. He is expected to join the Mooseheads during training camp in early September.

The Mooseheads have made some big moves during the current offseason including the 4th and 13th picks in the QMJHL Draft in forward Xavier Parent and defenceman Justin Barron. The team also recently signed defenceman Patty Kyte from Pembroke in the CCHL and with today’s addition of Zadina it appears that Russell has given Head Coach Jim Midgley and his staff plenty of pieces to work with as the Mooseheads look to make some noise in the QMJHL’s Maritimes Division in 2017-18.