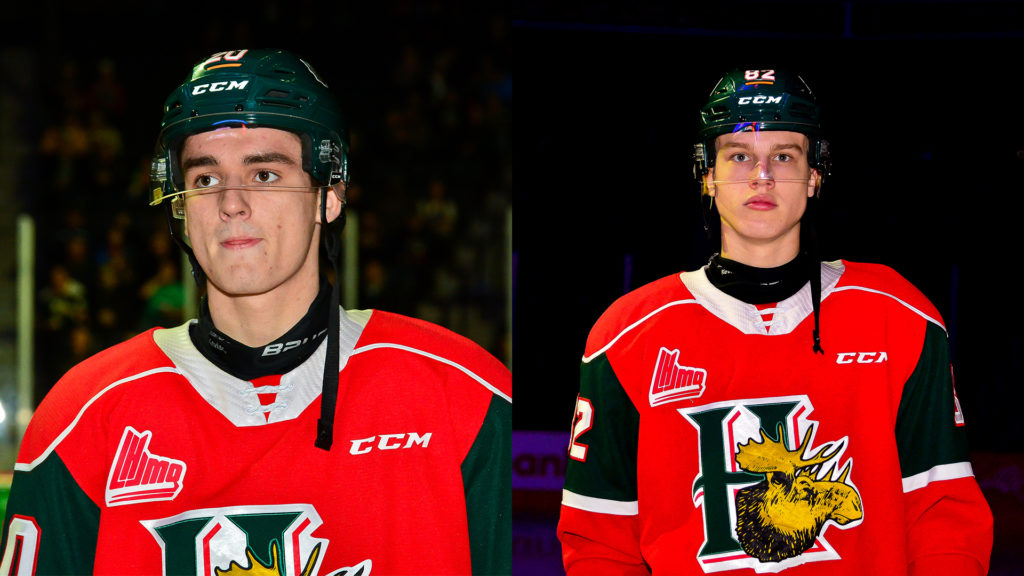 NHL Central Scouting revealed its midterm rankings of the top North American and International skaters and goalies on Monday and a pair of Halifax Mooseheads were featured prominently on the list of eligible North American Skaters. Justin Barron is listed 15th in the rankings while Senna Peeters is 62nd. The 2020 NHL Entry Draft will be held June 26-27 at the Bell Centre in Montreal, QC.

Mooseheads defenceman Justin Barron is 15th on the list of North American skaters which includes Rimouski’s Alexis Lafreniere in the top spot. Like Lafreniere, Barron has late 2001 birthday and is in his third season in the QMJHL. The Halifax, NS native is currently out of the lineup indefinitely with a blood clot but has made his mark in the league since coming to the Moose as a first round pick in 2017. The 6-foot-2 Barron features incredible skating skills and projects to be a shutdown defenceman at the next level with some relatively untapped offensive potential. The 18-year-old scored a career high 41 points last season and has a total of 79 points in 146 games played. He had four goals and 17 assists in 27 games this season before being shut down with his injury.

“Justin is the full package. Not only is he a great skating defenceman and efficient puck mover but his character and leadership is world-class,” said Mooseheads General Manager Cam Russell.

Peeters, a 17-year-old rookie from Deurne, Belgium is 62nd on the midterm rankings which projects him as a second or third round pick. He was the Mooseheads’ first round pick (48th overall) in the June, 2019 CHL Import Draft and has scored 12 goals and 17 points in 34 games with Halifax. Peeters is the first player from Belgium to wear a Mooseheads uniform however he recently received his Austrian citizenship and played a major role in helping Austria win the 2020 World Junior Ice Hockey Championships – Division 1 Tournament. He placed sixth in tournament scoring with three goals and three assists as Austria will be bumped up to next year’s World Junior Hockey Championship in Edmonton and Red Deer, AB.

“Senna is a terrific skater that can beat you with speed or skill and possesses an NHL-ready shot,” Russell said.

Halifax (16-21-2-1) will head out on the road this week to play three games in three days starting on Friday night in Victoriaville before heading to Sherbrooke on Saturday and wrapping up the trip on Sunday in Gatineau.

The next home game for the Mooseheads will be Thursday, January 23rd at 7pm at Scotiabank Centre against the Gatineau Olympiques. 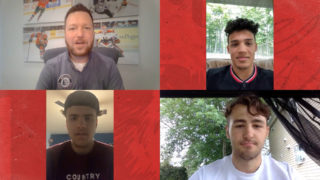 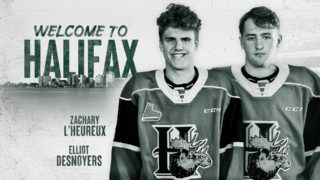 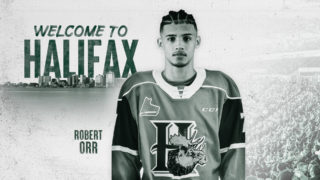 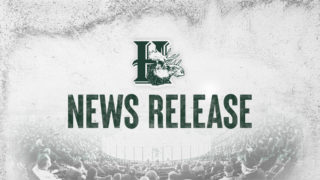