Battle of the Stars in Moose Country 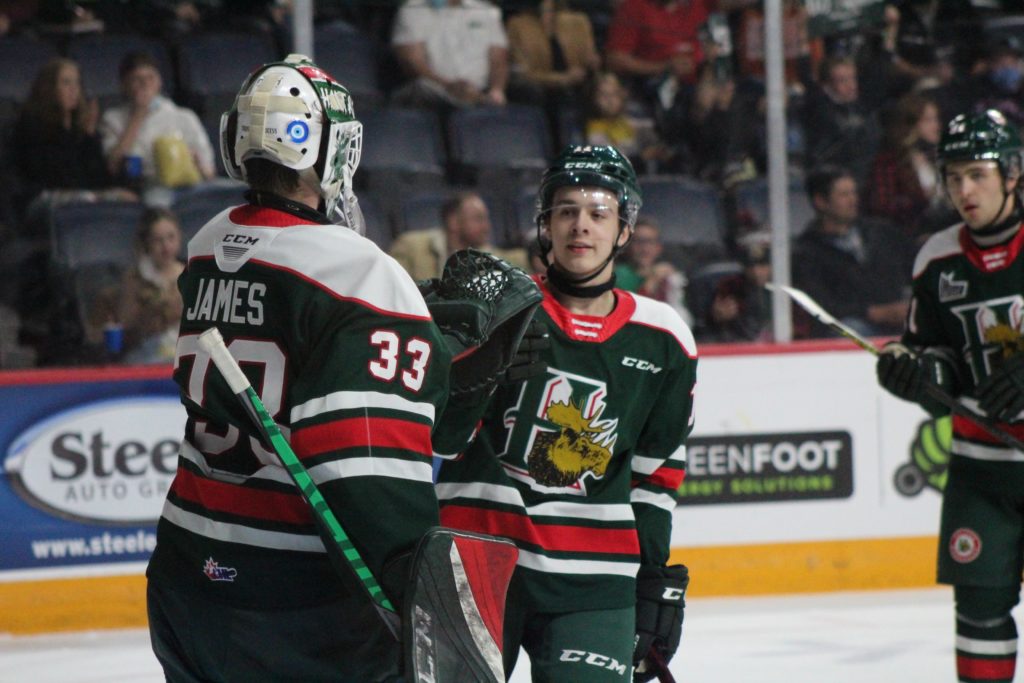 The stars were out in Halifax on Friday night as the Mooseheads took down the Shawinigan Cataractes 6-4 in a wide open contest at Scotiabank Centre.

Newly minted Mooseheads Captain Elliot Desnoyers was in fine form with the game-winning goal and a five-point night while linemate and first star Jordan Dumais was the best player on the ice as the 17-year-old scored twice and added two assists. The top line with Desnoyers, Dumais and Zach L’Heureux combined for 12 points in the victory as Halifax moved to 3-1-0-1 on the season.

Senna Peeters and Zack Jones also scored in a fast-paced game that saw the Cataractes make a big push towards the end of the game to make it interesting until Jones buried an empty net marker with 20 seconds remaining in regulation. Olivier Nadeau had a big night for Shawinigan with a goal and three assists while Mavrik Bourque picked up a goal and two assists in the loss.

An absolute beauty. L’Heureux with the finish and this line has combined for 9 points tonight.
🚨L’Heureux (1) PP 0:50 2nd period
🍎Dumais, Desnoyers #GoMooseGo pic.twitter.com/kU2EvuGBC8

Edmonton Oilers first rounder Xavier Bourgault opened the scoring for the visitors before the Herd responded with four consecutive goals including two in a 41 second span in the opening minutes of the middle stanza.

Rookie defenceman Dylan MacKinnon suffered an upper body injury in the second period and did not return. He will be reassessed on Saturday.

Brady James didn’t have his best game after earning the QMJHL goalie of the week honours but his 20 saves were good enough to help him earn his third win of the season. Charles-Antoine Lavallee stopped 26 of 31 in the loss for the Cataractes.

Halifax will play again on Sunday afternoon at the Avenir Centre in Moncton at 4pm. The next home game for the Mooseheads is next Saturday night when they entertain Justin Robidas and the Val d’Or Foreurs at 7pm. Tickets are on sale now at TicketAtlantic.com

Fierce Battle in Victoriaville
20 hours ago 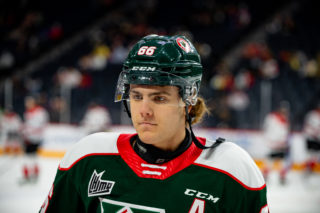 L'Heureux named to QMJHL Team of the Week
5 days ago