Biasca Representing Switzerland at U18 Worlds 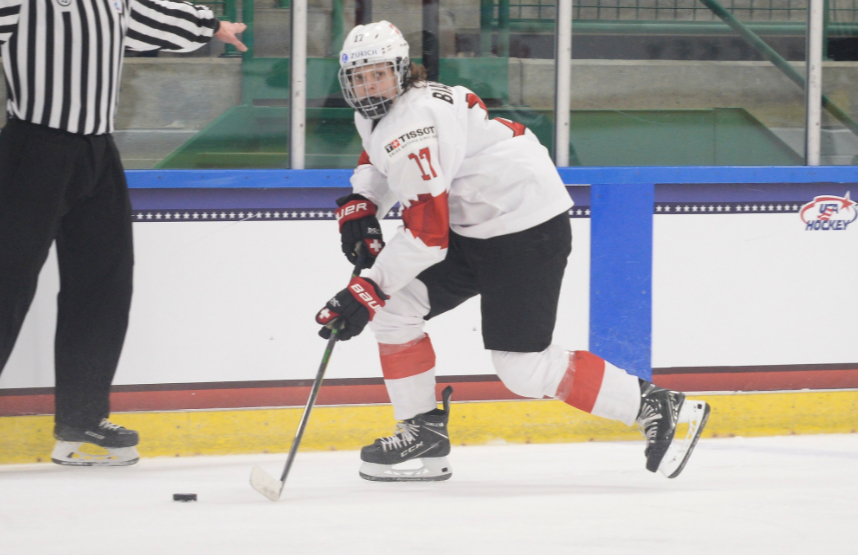 Forward Attilio Biasca is off to a flying start with Switzerland at the U18 World Championships in Frisco, Texas. The young Mooseheads player joined his countrymates stateside last week following the conclusion of Halifax’s QMJHL season and chipped in with two assists in a 4-2 Swiss win over Latvia to kick off the tournament on Monday night.

The Swiss are in Group A along with the Latvians, Canada, Sweden and Belarus.

The recently turned 18-year-old flipped his familiar number 71 around to wear 17 with Switzerland and was one of three players on his team to pick up a pair of points in the victory. Biasca’s squad followed up the win with a one-sided loss, falling 7-1 to Belarus on Tuesday. Switzerland will play again on Thursday vs Sweden and Friday against Canada.