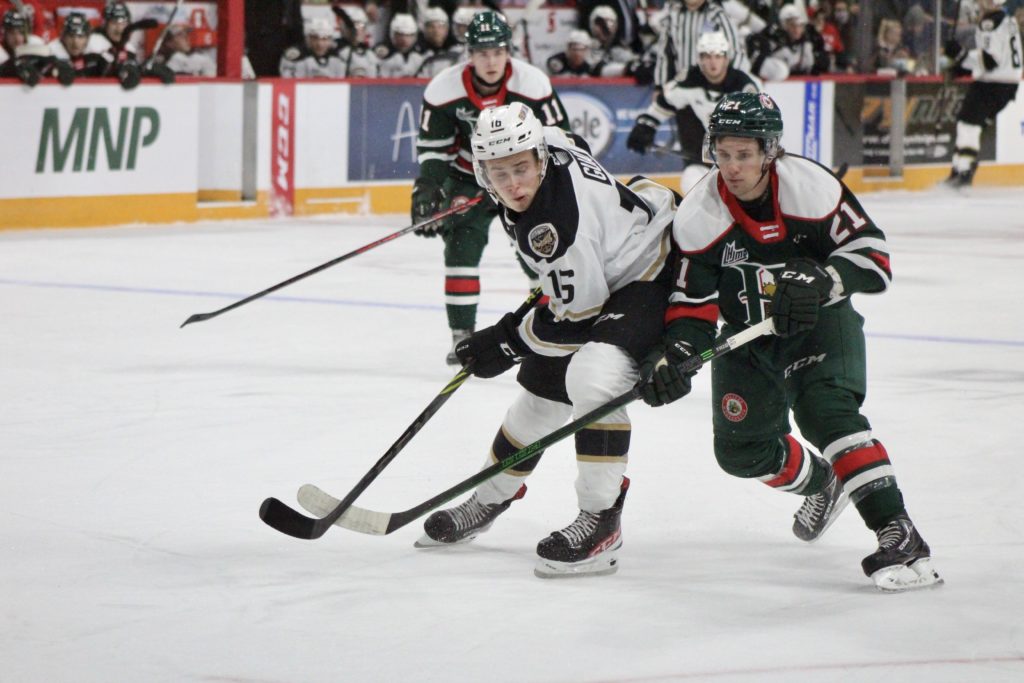 Your Halifax Mooseheads gave the Charlottetown Islanders a little taste of their own medicine on Saturday night in Moose Country in a 2-0 hard working 2-0 shutout victory at Scotiabank Centre.

Brady James made 32 saves for his first career shutout and the Herd got goals from David Lafrance and Bobby Orr to pick up the win.

After a scoreless first period of play that saw the teams fairly even in shots but more threats coming from the Charlottetown side, something changed to start the second period with Halifax hustling hard, winning the majority of the battles and simply out-working the Islanders in the same type of style that Jim Hulton’s team dishes out nightly. This time around it was Sylvain Favreau’s squad setting the tone which eventually led to Lafrance driving to the net and taking a nice feed from rookie Mathieu Cataford to pick up his first career goal at the 4:19 mark. Zac Beauregard also earned an assist on the play against his former team.

Halifax kept coming in waves while simultaneously holding off the Islanders thanks to the stellar goaltending by James. Charlottetown appeared to have tied the game 1-1 midway through the third period on a Lukas Cormier marker, but the officials gathered for a lengthy review and ultimately decided the play was offside and the goal was called back. That relief gave the Mooseheads a little extra boost of momentum and they added some insurance late when Senna Peeters fired a long shot on goal that bounced out to the other side of the net where Bobby Orr gladly gathered the puck and fired it home for a 2-0 advantage.

Zachary L’Heureux made his return to action following a suspension to start the season while Elliot Desnoyers played his first game back in Halifax since returning from the Philadelphia Flyers camp. The Mooseheads are back on home ice again next Friday night at Scotiabank Centre when Mavrick Bourque and the Shawinigan Cataractes come to town for a 7pm showdown. Tickets are on sale now at TicketAtlantic.com.