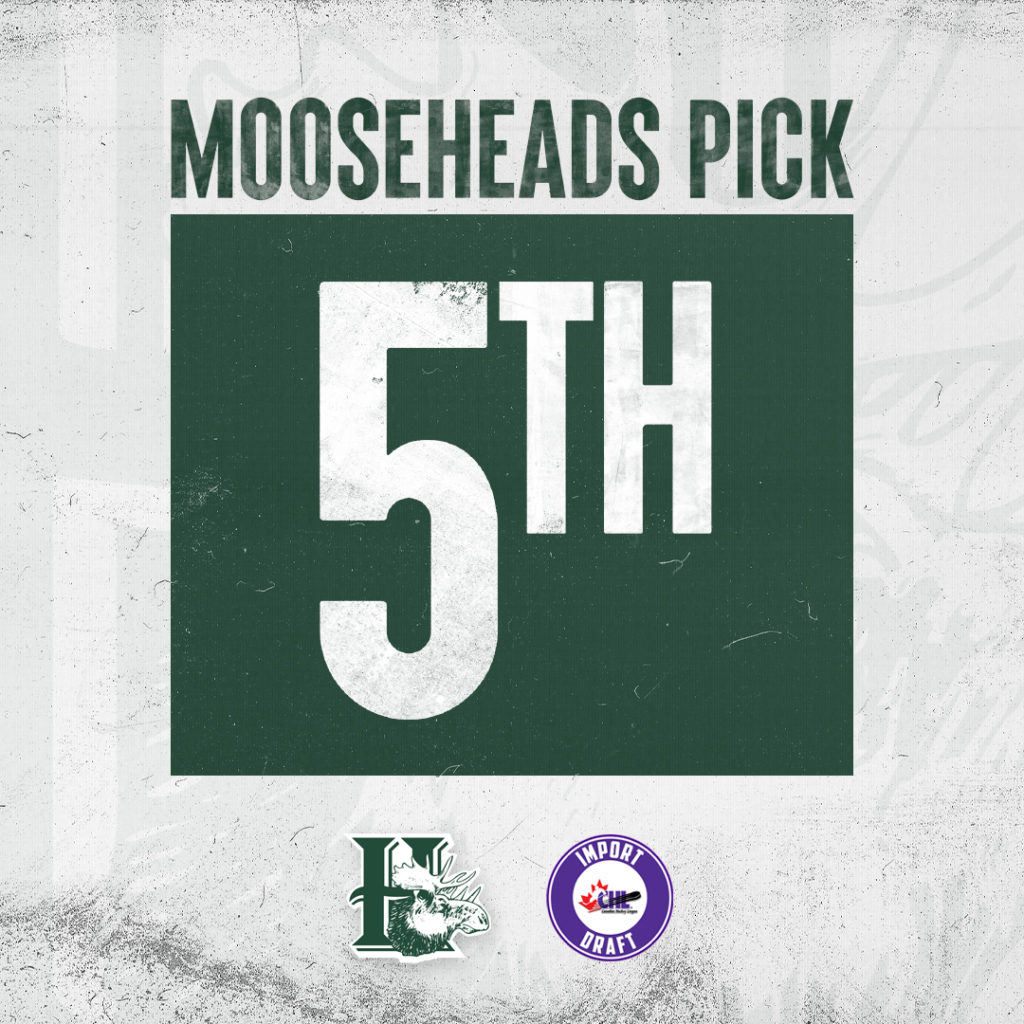 The Canadian Hockey League has announced Tuesday, June 30th at Noon ADT as the date for the annual CHL Import Draft. This will mark a very important day for the Halifax Mooseheads with the team holding the fifth overall pick and preparing to add another impactful player to the roster.

The organization and particularly GM Cam Russell has built a great reputation of finding talented Europeans and developing them into NHL stars in Halifax. The Mooseheads have had plenty of success in the Import Draft over the past 15 years with names like Jakub Voracek, Nikolaj Ehlers, Nico Hischier, Timo Meier, Filip Zadina, Martin Frk, Konrad Abeltshauser, Otto Somppi and most recently Senna Peeters who was named the Mooseheads’ Rookie of the Year in March.

Russell most often targets forwards in the draft in an attempt to strengthen the offensive attack but that’s not to say taking a defenceman or goaltender is out of the question. Since the inception of the franchise in 1994, the Mooseheads have chosen 20 forwards, five defencemen and one goalie. Halifax also holds a relatively high second round pick in the draft but with the Peeters already on the roster and only two import players permitted on the team, Russell will likely pass on his second pick.

Led by veteran Justin Barron, the 2020-21 Halifax Mooseheads will be looking to quickly turn the corner following a 17th place finish last season, one year after playing in the Memorial Cup Final.