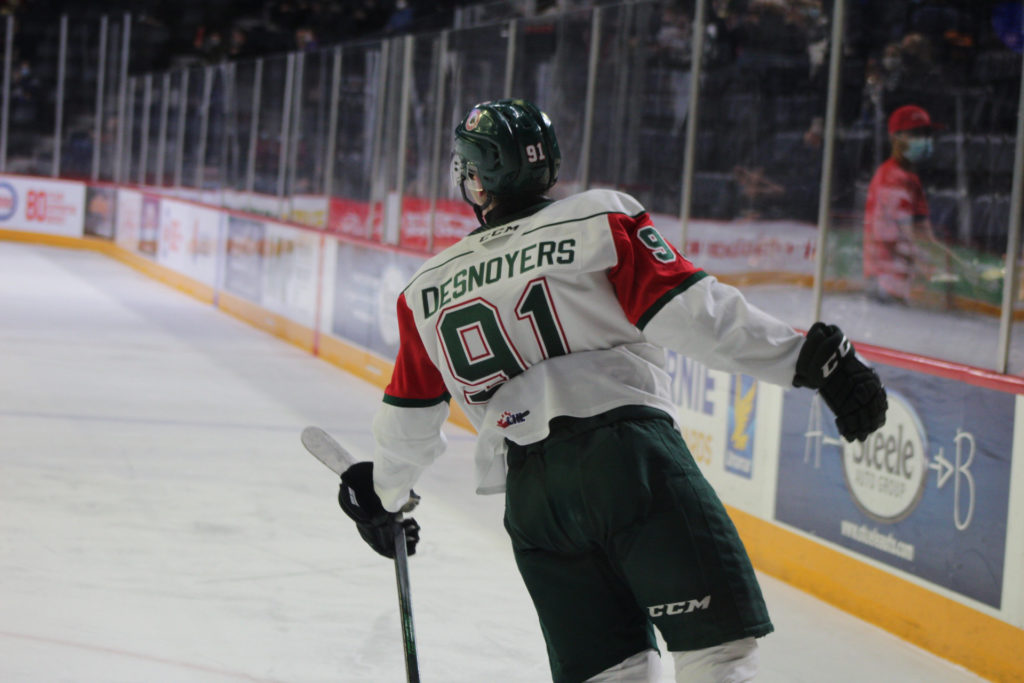 Forward Elliot Desnoyers is currently enjoying a little bit of the big league experience in Philadelphia after his season with the Mooseheads wrapped up just over one week ago.

Halifax’s alternate captain and 2020 fifth round draft pick of the Flyers arrived in Philadelphia over the weekend where he is getting introduced to the organization.

“I’m staying here for a few days and have been going on the ice with the development coaches,” Desnoyers said from his hotel room on Monday morning.

The native of Saint-Hyacinthe, QC enjoyed a breakout season in his first year wearing the Mooseheads uniform as he posted a career-high 49 points in just 37 games, leading Halifax in both goals (21) and assists (28). He was acquired from Moncton along with Zachary L’Heureux and draft picks as part of the trades that saw Benoit-Olivier Groulx and Jared McIsaac go to the Wildcats last season.

Desnoyers has yet to sign his Entry Level Contract with Philadelphia.

Following his time with the Flyers, Desnoyers will make head North on I-476 for about an hour to join the Flyers’ AHL affiliate in Lehigh Valley to participate in team activities. While there’s no guarantee he will suit up in game action, the young player is hopeful for the chance to lace up the skates with the Phantoms.

“They have some extra players there already, but since there are no AHL playoffs I might be able to play at some point.”

Desnoyers will be back next season with the Mooseheads to play a featured role in the leadership group with the team as the talented young club looks to take to take another step forward in their development on the road to becoming a contender once again in the QMJHL.