Desnoyers Scholastic Player of the Month 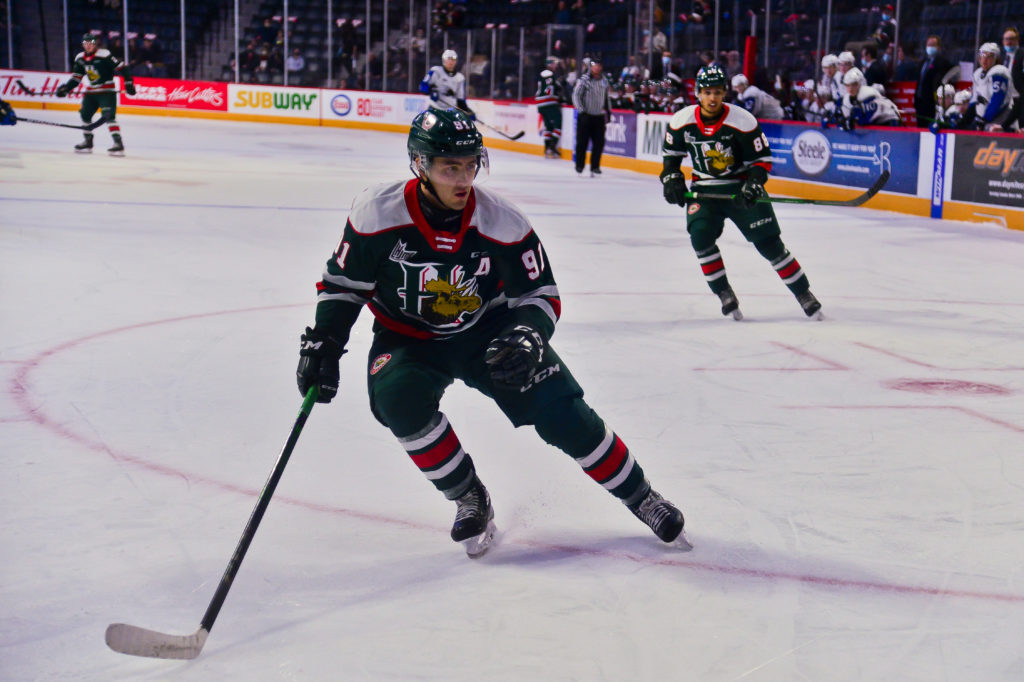 There have been no shortage of achievements for the Mooseheads’ leading scorer Elliot Desnoyers this season, who has been named the Scholastic Player of the Month for December. The 18-year-old forward is in the midst of a break-out year as he sits third in the QMJHL scoring race with 25 points in 16 games and was drafted in the 5th round by the Philadelphia Flyers in early October.

According to Educational Advisor Allie MacDonald, Desnoyers was an easy choice for Scholastic Player of the Month.

“He is extremely responsible and shows total independence when it comes to his schooling. He is diligent with his studies and freely helps his teammates with their work as well.” MacDonald said.

Desnoyers is a second year University Student and attends Saint Mary’s after coming to Halifax in an offseason trade from Moncton.

The Bachelor of Commerce student joins forward James Swan (November) and defenceman Jake Furlong (October) as players to win the award for the Mooseheads this season.