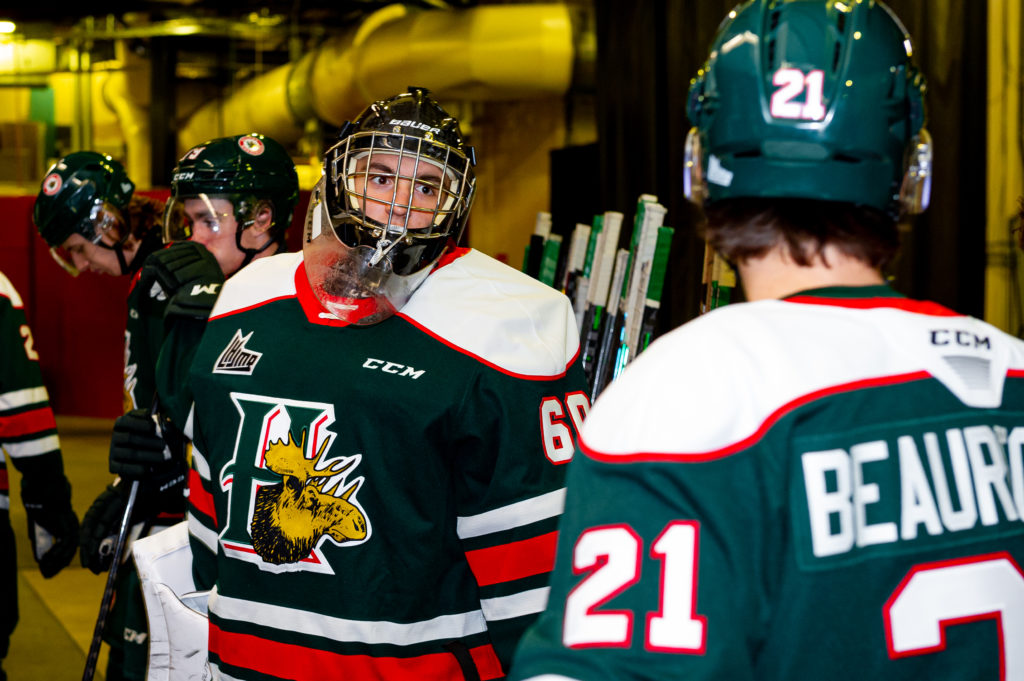 The Charlottetown Islanders proved why they may very well be the team to beat in the QMJHL’s Maritimes Division with an all-around effort against the visiting Halifax Mooseheads on Friday night. The Isles used their offensive talent, toughness and work ethic to dump the Herd 4-1 at the Eastlink Centre to improve to 3-0 to start the season.

Elliot Desnoyers made a successful return to the Mooseheads lineup by scoring his first goal of the season in his first game since being returned from training camp by the Philadelphia Flyers. He also dropped the gloves in a spirited tilt with Noah Laaouan after the defenceman laid a hard but clean open-ice hit on Halifax forward Jordan Dumais.

Halifax hung tough with the Isles through the first 30 minutes or so, but Charlottetown grabbed a couple of late second period tallies to pull ahead 3-1 which included a beautiful tip-in by Lukas Cormier off a feed by Xavier Simoneau. Their final goal came off the stick of Drew Elliot on another fine passing play.

We didn’t have to wait long to see Elliot Desnoyers’ first goal this season. It comes just over 15 minutes into his first game. @NHLFlyers #GoMooseGo pic.twitter.com/ZKLLuCM8FT

Goalie Mathis Rousseau made his QMJHL debut for the Mooseheads and showed glimpses of why the front office thinks so highly of his talent. He made 26 saves in his first game between the pipes against a very strong opponent. Czech import Oliver Satny made 16 saves for the win at the other end of the ice.

The Mooseheads (1-1-0-1) had call-ups Braeden MacPhee and Liam Welsh in the lineup as Zack Jones and Vincent Gauthier both sat out with an illness. James Swan and Attilio Biasca remain out indefinitely with hand injuries.

These teams will play a rematch on Saturday night at 7pm at Scotiabank Centre. Tickets are on sale now at TicketAtlantic.com.