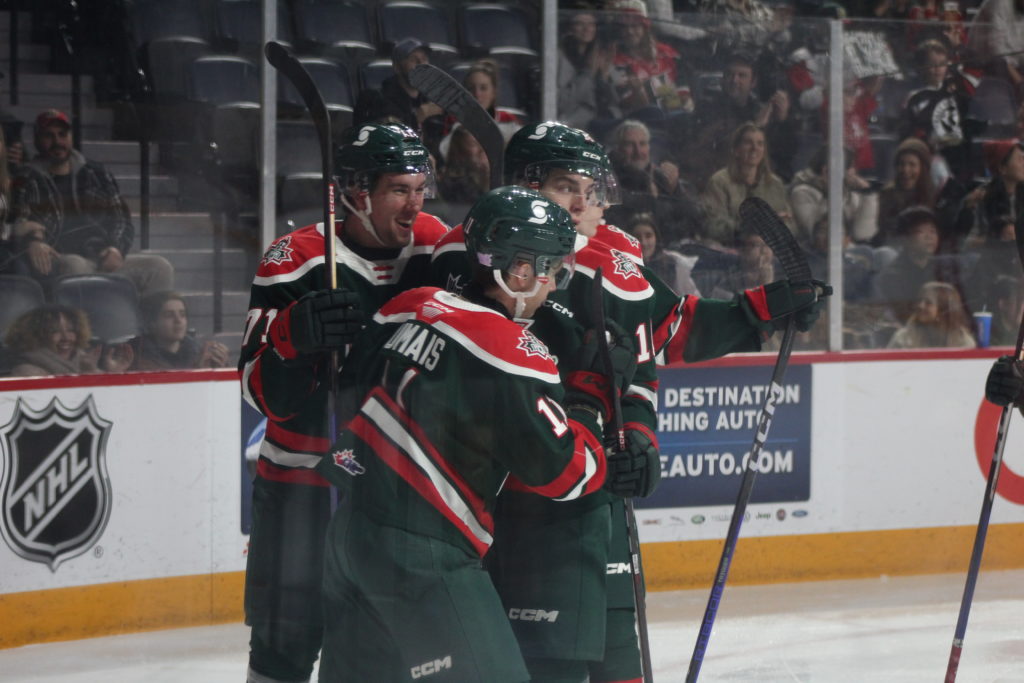 A 3-game losing streak was emphatically snapped on Scotiabank Centre ice on Friday night by the Halifax Mooseheads as Jordan Dumais and Evan Boucher put on a scoring display in a 9-4 victory over the Saint John Sea Dogs.

The Herd got back in the win column while both forwards scored hat tricks and combined for 11 points in the 12th victory of the season for Halifax. Dumais, the Blue Jackets prospect, had an incredible six points with three goals and three assists while his line-mate Boucher scored three times and added two assists. The QMJHL scoring race is all Jordan Dumais right now with 48 points in 20 games played. He is 14 points ahead of his next closest competitors. He has also reclaimed the CHL scoring lead by two points over Regina superstar Connor Bedard.

Halifax was in dire need of some good news following a tough week that included back-to-back home losses last weekend and a road defeat in Bathurst on Wednesday. Stephane Huard Jr was the best player on the ice early on as he scored once and set up two other goals in a game that was closer than expected until the Herd exploded for four unanswered goals in the final stanza. Brody Fournier and rookie Reece Peitzsche also lit the lamp in the win, with Peitzsche notching his first career goal in front of family and friends. The Beaver Bank, NS native was a second round pick of Halifax over the summer.

Mathieu Cataford chipped in with a trio of assists as Halifax improved to 12-5-2-1, Logan Crosby had a pair of helpers while Jake Furlong and David Moravec also had assists.

Mathis Rousseau was in goal for the victory and allowed four goals on 32 shots while Nikolas Hurtubise took the loss for the last place Sea Dogs with 28 saves on 37 shots against. Saint John sits at the bottom of the QMJHL standings with a 5-12-0-1 record. Mooseheads Head Coach Sylvain Favreau collected his 50th career regular season win to surpass Eric Veilleux for seventh in franchise coaching history.

The Mooseheads and Sea Dogs will do it all over again on Saturday afternoon at 2pm at Scotiabank Centre in a rare back-to-back weekend. Tickets are on sale now at TicketAtlantic.com.