Drouin to join the Moose 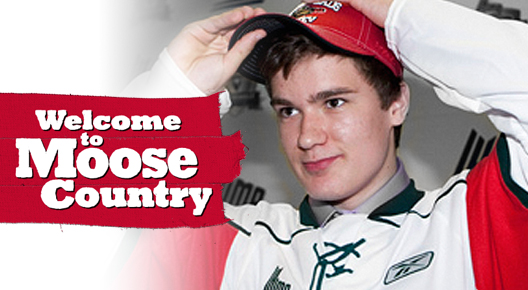 The 5’10” 176lbs centre has 22 goals and 31 assists in just 22 games with Lac St.Louis Midget AAA Lions this season and is currently nursing a minor groin injury.  Drouin will make his debut in a Mooseheads uniform once he receives clearance upon re-evaluation of his injury by Mooseheads medical staff.

“Adding another young gifted offensive player like Jonathan to our roster is exciting,” stated Russell.  “He’s joining a talented crop of players that fans will enjoy watching at the Metro Centre”.

“I am excited to be moving to Halifax to join the Mooseheads”, stated Drouin.  “After playing the first half of this season in Midget AAA and evaluating my options with my family, it became apparent that the best spot for my hockey development and my schooling was in the QMJHL with the Mooseheads”.

Drouin is also one of 4 Mooseheads attending the upcoming World Under 17 tournament over the Christmas Holidays in Windsor, Ontario, along with Nathan MacKinnon, Ryan Falkenham and Zach Fucale.

The Mooseheads next home game is this Sunday, December 11th against the 2011 Memorial Cup Champion Saint John Sea Dogs at 3pm.  Marty Frk is expected to make his Moose Country debut at Sunday’s game after missing the first 3 months of the season with a concussion.  For tickets visit the Ticket Atlantic Box Office, select Superstore Outlets, www.ticketatlantic.com or charge by phone 451-1221.