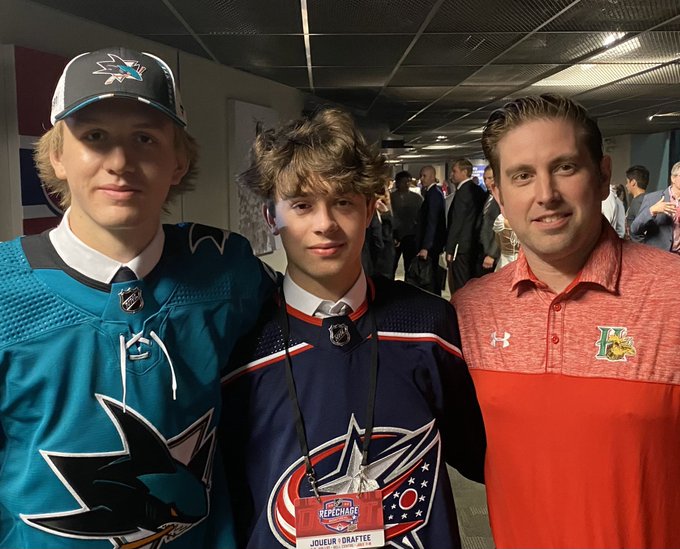 Two Mooseheads players are now property of NHL organizations after Jordan Dumais and Jake Furlong were selected on Day 2 of the NHL Entry Draft.

Dumais was picked in the 3rd round (96th overall) by the Columbus Blue Jackets while Furlong went in the 5th round (140th overall) to the San Jose Sharks and are the 56th and 57th players in Mooseheads franchise history to become NHL draft picks.

The forward Dumais led Halifax in scoring last season with 109 points and finished third in the QMJHL scoring race. Furlong was the Mooseheads most dependable defenceman and led the team with a +22 while scoring a career-high 42 points. Both players will be back with Halifax for the upcoming season and will play integral veteran roles with the club.

L'Heureux stars in return to lineup
13 hours ago