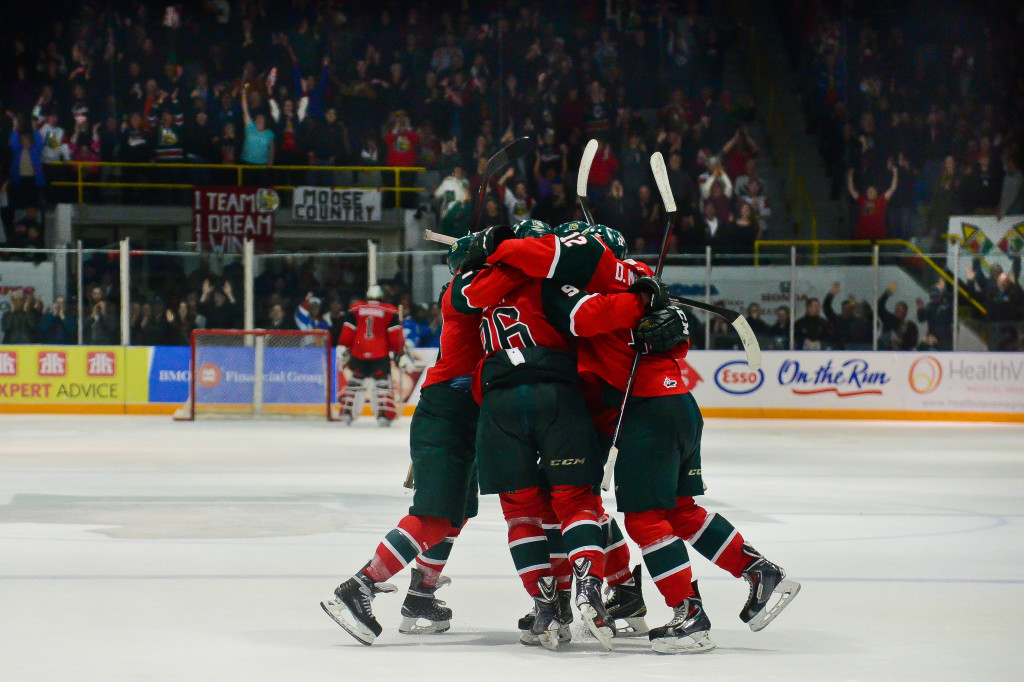 The Halifax Mooseheads came through in the clutch on Tuesday night in Shawinigan by scoring a gigantic 3-2 overtime victory in Game 7 of their first round President Cup playoff series with Shawinigan.

Nik Ehlers played the role of hero as his wrist shot from the left of Marvin Cupper beat the Cataractes goalie to end the series at 16:59 of the extra period, allowing the Mooseheads players to pour onto the ice in celebration.

“It felt amazing, but it was a team win and I know the guys are all really excited about the next series for sure,” A jubilant Ehlers said following the game.

The 12th ranked Herd rallied from 1-0 and 2-1 deficits in the deciding game of the series to knock off the 5th ranked Cataractes in front of 4,031 fans at Centre Gervais Auto.

“We worked hard every day, played our game and had the will to win this final game,” Ehlers said of the never-say-die effort by his club.

Dennis Yan opened the scoring exactly 60 seconds into the game, bringing the hoard of Cats fans to their feet but Max Fortier quickly silenced the crowd when he took a pass from Andrew Shewfelt in front of the net to beat Cupper just over two minutes later.

Mooseheads Assistant Coach Jim Midgley said his team played the way they needed to in the winner-take-all affair.

“It was a great team effort tonight and all series really. That was a key goal by Fortier right after they scored,” said Midgley who even took a puck off the head while standing on the bench.

The game stayed tied 1-1 until Olivier Caouette put Shawinigan back in front 2-1 early in the third period and it looked as though the home team might be able to hang on despite the Mooseheads desire to strike back.

With the clock ticking down to less than five minutes to play in regulation Ehlers was handed an ill-timed penalty for cross checking and hope for the Herd appeared dim. However the Moose penalty killers did their job and moments after the Jets prospect hopped out of the box he sent a dangerous shot towards Cupper that was redirected for a goal by Philippe Gadoury to tie the game 2-2 with 2:03 remaining. Austyn Hardie picked up the other assist on the clutch marker by his fellow 20-year-old teammate.

“The penalty kill was really big at the end with a huge performance by (Eric) Brassard made the difference,” said Midgley.

Halifax kept their momentum going for the rest of the period and into overtime and outshot the Cataractes 47-38. Eric Brassard went about his business and calmly turned aside a couple of big chances by Shawinigan.

After a rough series that had been filled with penalties, both teams were able to stay disciplined for most of the game with only three minor infractions handed out by the officials. 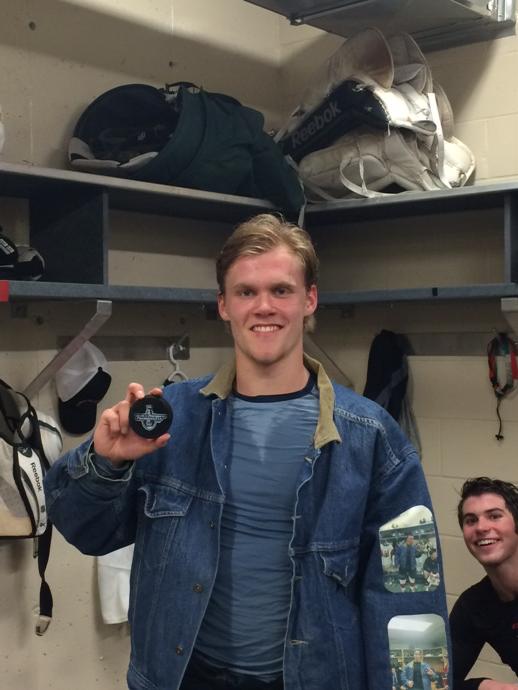 Ehlers was handed the Mooseheads playoff Jean Jacket as player of the game by the Herd coaches. He finishes the series with 15 points which is tops in QMHL playoff scoring.

Halifax advances to the second round where they will meet the Maritimes Division rival Moncton Wildcats starting on Friday night at the Coliseum.

The series will be a 2-2-1-1 format with the Herd hosting Game 3 and Game 4 on Tuesday and Wednesday of next week.

Individual tickets for the general public for Games 3 and 4 will go on sale Friday, April 10th at 10am.

A Decade of CHL Import Draft Talent
3 days ago

Prospects named to Hockey Canada U17 Development Camp
1 week ago

Herd Hero of the Week - Bonny Cameron
2 weeks ago