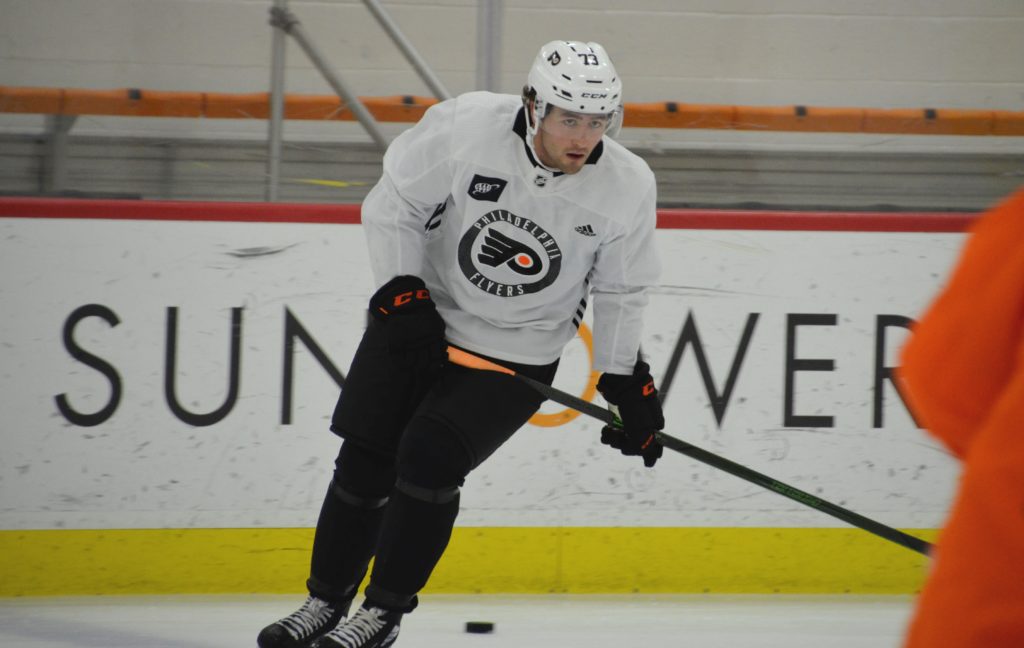 Your Halifax Mooseheads will have a major weapon back in the lineup this weekend for back-to-back games with the Charlottetown Islanders with the return of star forward Elliot Desnoyers.

The 19-year-old was sent back to the Moose on Tuesday following a lengthy stint at Philadelphia Flyers training camp. The 2020 fifth round pick spent the summer in Philadelphia while recovering from offseason hip surgery before returning to full contact for the first time on September 26th. Since that time he has made a lasting impression on the Flyers staff including Head Coach Alain Vigneault.

“Just a real impressive kid, he’s one of those kids you talk to, he’ll sit and talk hockey to you all day long. He’s down there, he’s talking to the veteran guys, he’s learning every day. His work ethic and determination are off the charts.”

Desnoyers made his preseason debut on Monday night in a 2-1 overtime win against the Boston Bruins. The Mooseheads forward dropped the gloves in a fight with 30-year-old Bruins veteran defenceman John Moore in the game with 13:09 of ice-time and one shot on goal.

He will reclaim his spot as the top line centre with the Mooseheads, wearing his familiar #91 on Friday night in Charlottetown before returning to Halifax against the Islanders on Saturday at 7pm at Scotiabank Centre. Nashville Predators first round pick Zach L’Heureux will also suit up for the first time this season during Saturday’s home game as his suspension, held over from April, comes to an end.

Halifax enters the second weekend of the QMJHL regular season with a 1-0-0-1 record after securing three out of a possible four points in two games against Cape Breton. Charlottetown defeated the Memorial Cup host Saint John Sea Dogs in both of their opening weekend games.

Tickets for all 33 remaining Mooseheads home games are on sale now at TicketAtlantic.com.