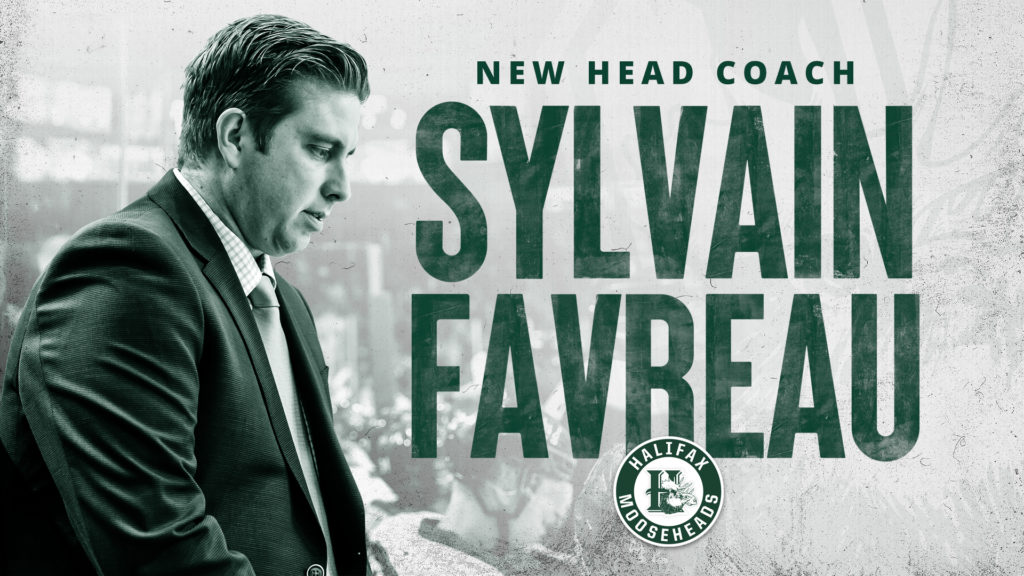 General Manager Cam Russell made the announcement on Wednesday morning that the team has promoted Favreau to replace the recently fired J.J. Daigneault.

“Sylvain has been here for a number of years now and it was only a matter of time before he became a Head Coach. We feel this is the perfect time for Sylvain and that he is the right fit for this young and talented group,” Russell said.

The 42-year-old Favreau is entering his fifth season on the Mooseheads bench after initially being hired as an Assistant Coach in 2017. He has primarily been tasked with working with the forwards in Halifax and has been the architect of the power play unit.

“We are very pleased to name Sylvain Favreau as Head Coach of our team. Sylvain has the requisite skill set, communication ability and leadership to enable our excellent group of players to reach their potential as individuals and as a team,” stated Mooseheads majority owner Bobby Smith.

Favreau, who is fully bilingual, has also worked as a coach with Hockey Canada on multiple occasions, including most recently as a Head Coach of Canada White at the 2019 World U17 Hockey Challenge where he led his team to a fourth-place finish.

“I am extremely excited for the opportunity to coach the Mooseheads. I have gained some valuable experience with the team over the past four seasons, especially during our run to the President Cup and Memorial Cup Finals in 2019,” said Favreau.

Prior to working for the Mooseheads, the native of Orleans, ON spent several seasons as a Head Coach with Cumberland and Gloucester in the CCHL. As a player, Favreau was a forward in Junior ‘A’ in Ontario from 1995-98 before heading overseas where he played professionally in France and Germany for five seasons.

He added, “I plan to use structure, discipline and strong communication to put my stamp on this young team on the rise. I am looking forward to growing alongside our players and turning this team into a contender.”

Favreau takes over a Mooseheads team that finished in fourth place in the Maritimes Division in 2020-21 with a 15-19-5-4 record in 43 games played.