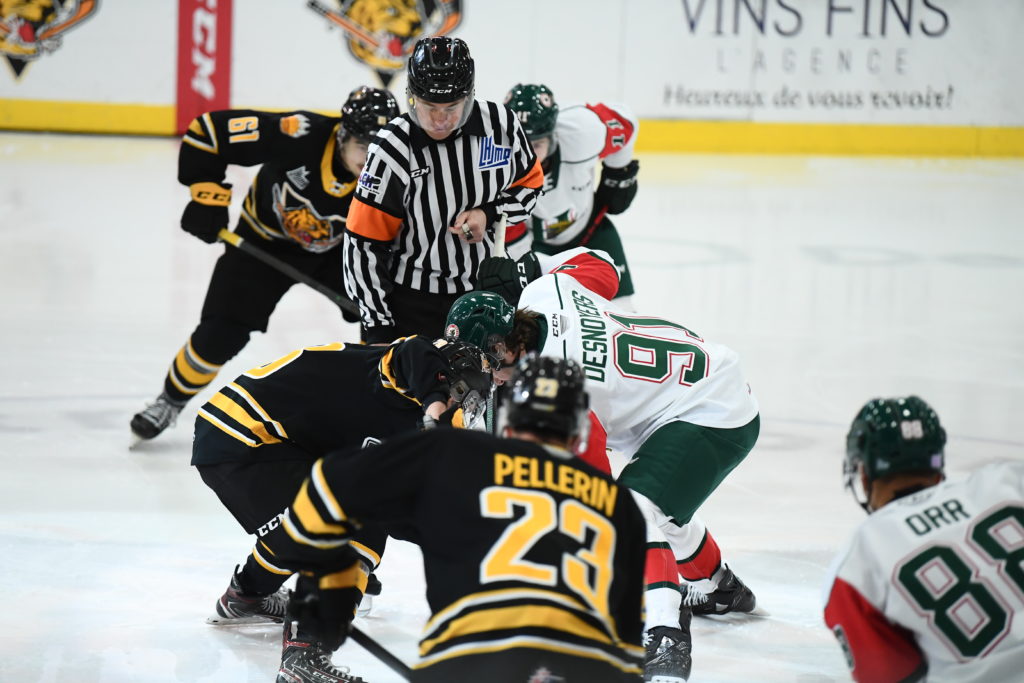 The gumption of the young Mooseheads was on display on Friday night in Victoriaville where Halifax rebounded from a disastrous start to pull out an impressive 6-5 win over the Tigres.

Starting goalie Mathis Rousseau was chased early when the rookie gave up three goals on five shots and the Moose dug themselves a 3-0 hole by the 5:44 mark of the opening period. It was less than an ideal start to the game and they could have easily thrown in the towel, but Sylvain Favreau’s squad didn’t panic. Instead, the Herd bonded together with a strong push back and started picking away at the deficit.

Brady James was summoned from the bench to take over between the pipes for the rookie Rousseau and his team rallied around him. Bobby Orr was one-of-three Mooseheads players to score twice in the game along with Zachary L’Heureux and Jordan Dumais. Orr notched his 10th of the season at 6:55 of the first period to stop the bleeding for Halifax and cut the Tigres lead to 3-1. Then it was L’Heureux pouncing on an Attilio Biasca rebound at the side of the net to pull the Mooseheads within one just 1:50 before the period came to a close.

The offensive attack continued in the middle frame for the Moose with 16 shots on goal and three goals. Orr tied the game 3-3 on the power play before Dumais gave Halifax its first lead of the night around the midway mark of the period. Conor Frenette drew Victoriaville even again 4-4 with his second goal of the night. Frenette was named first star with two goals and three assists. The Tigres celebrations didn’t last long though as L’Heureux had another response for the Herd only 25 seconds later and it was a 5-4 Halifax advantage.

Jordan Dumais extended the lead to 6-4 in the third period and the Tigres got one back at the 9:44 mark but Brady James shut the door the rest of the way to earn the win in relief with 30 saves on 32 shots.

Oh my, this game.

Halifax improves to 13-8-1-1 and will continue a busy weekend on the road on Saturday in Shawinigan at 5pm ADT and will conclude the trip Sunday afternoon at 4pm ADT in Quebec City.

The next home games for Halifax are set for Thursday, December 9th vs Tyler Peddle and the Drummondville Voltigeurs and a rematch against Victoriaville on Saturday, December 11th. Tickets are on sale now at TicketAtlantic.com.