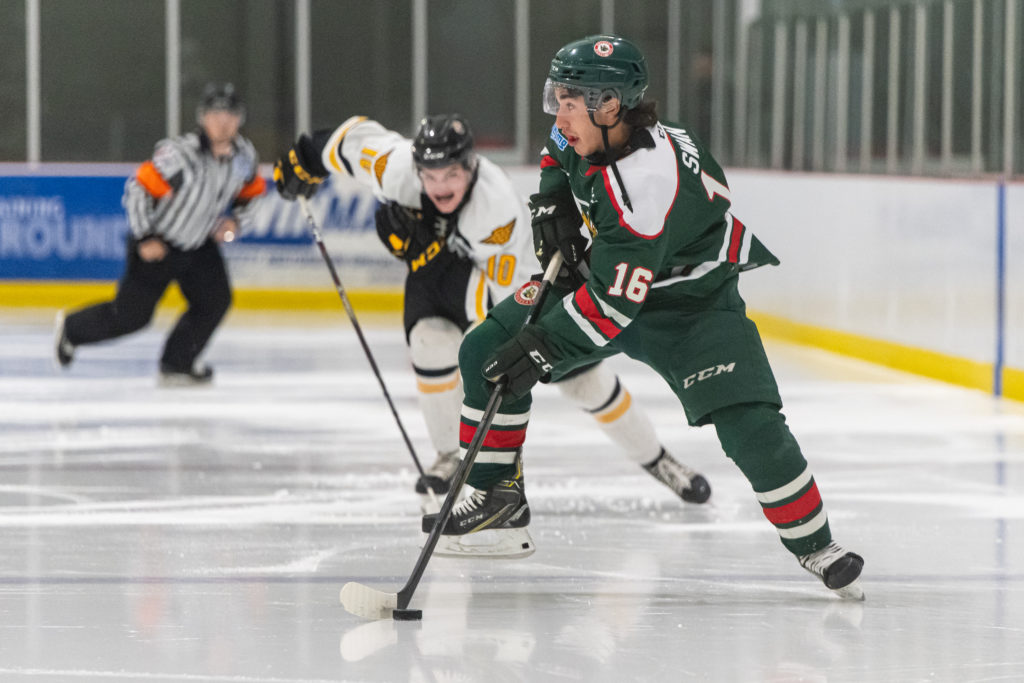 Your Halifax Mooseheads will try to finish off the preseason schedule in style on Friday night at the RBC Centre in Dartmouth when they host the Cape Breton Eagles at 7pm.

Halifax has won three-of-four games since training camp opened in August which includes one win over Cape Breton and two against Saint John. The Herd last played on Friday, September 9th when they scored a 5-3 victory on the road against the Sea Dogs.

Six regulars from the Mooseheads roster are away at their respective NHL rookie camps. Zach L’Heureux (Nashville), Jordan Dumais (Columbus), Jake Furlong (San Jose), Cam Whynot (Calgary), Markus Vidicek (Arizona) and Evan Boucher (Calgary) will all be missing from the lineup tomorrow night. General Manager has called up affiliate forwards Ben Wallace, Cade Moser and defenceman Dominic MacKenzie, all of the Weeks U18 Majors, to fill the void in the lineup.

Mathieu Cataford leads the team in preseason scoring with five points after picking up one goal and four assists in two games played. Reece Peitzsche, Attilio Biasca and Logan Crosby are tied for the team goal scoring lead with two apiece.

Cape Breton is 2-and-3 in exhibition play and had their home game versus Halifax cancelled last Sunday due to mechanical issues at Centre 200. They are led in scoring by 20-year-old Zachary Gravel, who has seven points in two games. Gravel came to the Eagles in a July trade with Quebec. This summer’s first overall pick, defenceman Tomas Lavoie, has yet to find the scoresheet in three games played in the preseason.

Friday’s final preseason game will be streamed live on our Official YouTube Channel.

The regular season home opener is just a week away for the Mooseheads with Halifax set to host the Charlottetown Islanders on Friday, September 23rd at 7pm at the Scotiabank Centre. Tickets are on sale now!