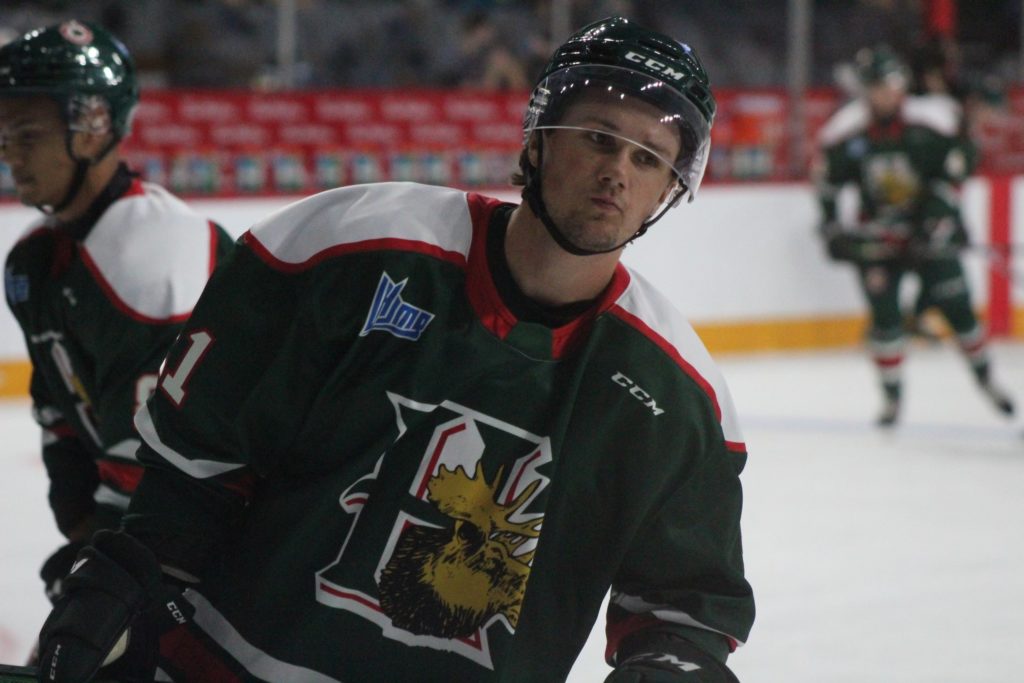 Your Halifax Mooseheads are ready to finish off the preseason schedule this Friday night on Scotiabank Centre ice when they entertain the Saint John Sea Dogs at 7pm. Tickets are on sale now at TicketAtlantic.com.

The Herd have been impressive leading up to the regular season with wins in five-of-six games so far and will face the Sea Dogs for the first time this preseason and their first meeting since November 14th, 2020 of the regular season due to the pandemic. Saint John has played well since the start of training camp and have gone 5-1-1-0 in their seven preseason games.

The Sea Dogs have scored the most goals in the QMJHL with 42 over their seven preseasoncontests which works out to an average of six goals per game. Rookies Carter McCluskey and Nico Laforge have led the charge offensively with eight points apiece. Former Mooseheads forward Cole Foston has scored once in his three games since being traded to Saint John. The Dogs are expecting big things this season and are among two QMJHL teams (Quebec Remparts) vying to be named the host of the 2022 Memorial Cup presented by KIA.

Bobby Orr continues to lead the Mooseheads in preseason scoring with eight points in four games and is currently away from the team, attending Carolina Hurricanes rookie camp. Zachary L’Heureux and Brady James are participating in camp with the Nashville Predators, Elliot Desnoyers is with the Philadelphia Flyers and Cam Whynot remains with the Calgary Flames at their camp.

The Mooseheads will have many, if not all of those players back in time for the Home Opener at Scotiabank Centre vs Cape Breton on Saturday, October 2nd at 7pm. Individual Tickets for all 34 Mooseheads home games will go on sale this Thursday morning at 10am at TicketAtlantic.com.