Frustrating OT loss for the Herd 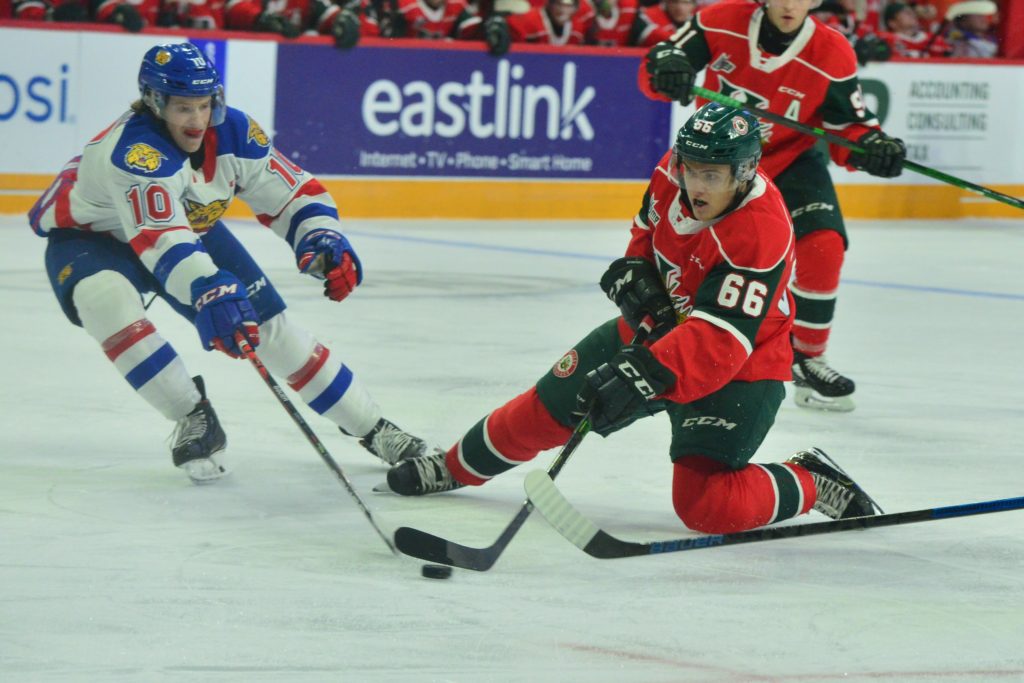 The Mooseheads felt as though they let one slip away on Thursday in a 4-3 overtime loss to the visiting Moncton Wildcats. Gabriel Fortier scored his third goal of the game just 22 seconds into the extra period and sent a dejected Halifax squad to the dressing room.

The 20-year-old Fortier just got a stick on the puck to redirect it under the pads of Brady James after Vincent Labelle just tossed the puck towards the net to end overtime before it even felt like it had started for the Mooseheads. Those two players combined for seven points for the Cats as the first star Fortier had a hat trick and Labelle chipped in with four assists.

Halifax had fought back to tie the game on two separate occasions and later took a 3-2 lead when Bobby Orr scored late in the second period but despite a good effort, couldn’t find a way to close it out. Moncton’s Philippe Daoust tallied on the power play 60 seconds into the third period which eventually forced overtime.

James was making his first career start at Scotiabank Centre after getting the start and the win last Saturday in Cape Breton. He was good throughout the game while facing 41 shots but would have liked to have the last goal back.

“I’m obviously frustrated after letting in a soft goal like that. I should have made that save and given the boys another opportunity,” he said.

His 37 saves were enough to earn him the second star of the game despite the loss.

Zachary L’Heureux and defenceman Cam Whynot had the other Mooseheads goals while Justin Barron contributed a pair of assists. The Halifax Captain officially received an invite to Hockey Canada’s World Junior Selection Camp just hours before the game. The camp runs from November 16 to December 13th in Red Deer, AB.

Other players picking up assists for the Moose included Elliot Desnoyers, Markus Vidicek and Cole Foston. The night had an unfortunate ending for Foston who went down with an apparent lower body injury late in the game and needed help from his teammates to leave the ice. The forward was visibly upset as he stayed down on the ice and is out indefinitely pending further evaluation.

The loss drops the Mooseheads’ record to 3-4-2-0 as they picked up their eighth point of the season. Halifax will be back in action on Friday night when they travel to Charlottetown to face off with the streaking Islanders who are off to a 6-1-0-0 start to the year.

Halifax will be back on home ice for two games next weekend when they host Charlottetown Friday, November 6th and Saint John on Saturday, November 7th. Both games begin at 7pm. Tickets are on sale now at TicketAtlantic.com or charge by phone 902-451-1221.