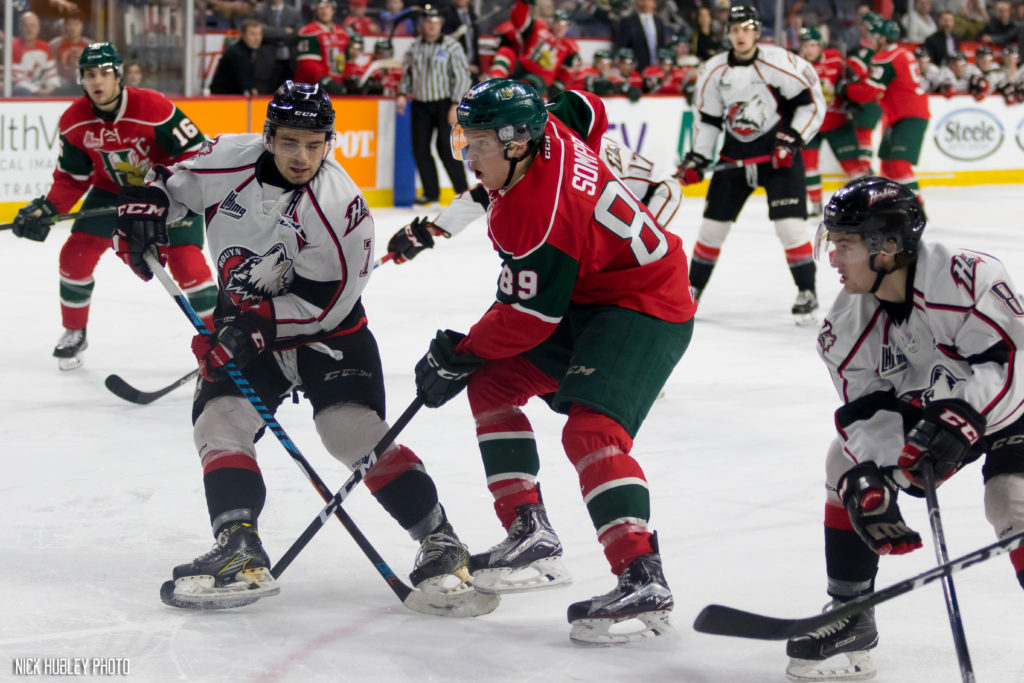 With their first round President Cup Playoff Series tied 2-2, the Halifax Mooseheads and Rouyn-Noranda Huskies are set to do battle one more time at Scotiabank Centre tonight at 7:00pm before shifting to western Quebec for the remainder of the series.

The upstart Mooseheads have defied the odds by fighting back to even the series against the heavily favoured Huskies. Halifax is the first team to get at least two wins against a number two seed since the current playoff format was introduced by the QMJHL in 2010-11.

Rookie goalie Alex Gravel has been a thorn in the side for Rouyn-Noranda who have managed to beat him only nine times on 169 shots. Four of those goals have come from defencemen. For a team that was used to scoring at a rate of four goals a game during the regular season they have appeared frustrated by the play of the rookie. Gravel leads the league during the postseason with a .947 save percentage. He has earned a star in all four games during the series.

It’s unclear who Huskies Head Coach Gilles Bouchard will go with between the pipes after Olivier Tremblay was pulled in Game 4 for allowing three goals on 14 shots. Samuel Harvey let in five goals in the series opener and hasn’t made a start since.

Rouyn-Noranda will get the services of veteran Lane Cormier back tonight after he served a three-game suspension for a high hit on Jared McIsaac in Game 1. Forwards Martins Dzierkals and Manny Wiederer will both be out with one-game suspensions this evening for a hits on Arnaud Durandeau and McIsaac.

Walter Flower will remain out with an injury for Halifax while it’s unknown whether Connor Moynihan and Jared McIsaac will be healthy enough to play.