Goaltending duel to close out the Preseason 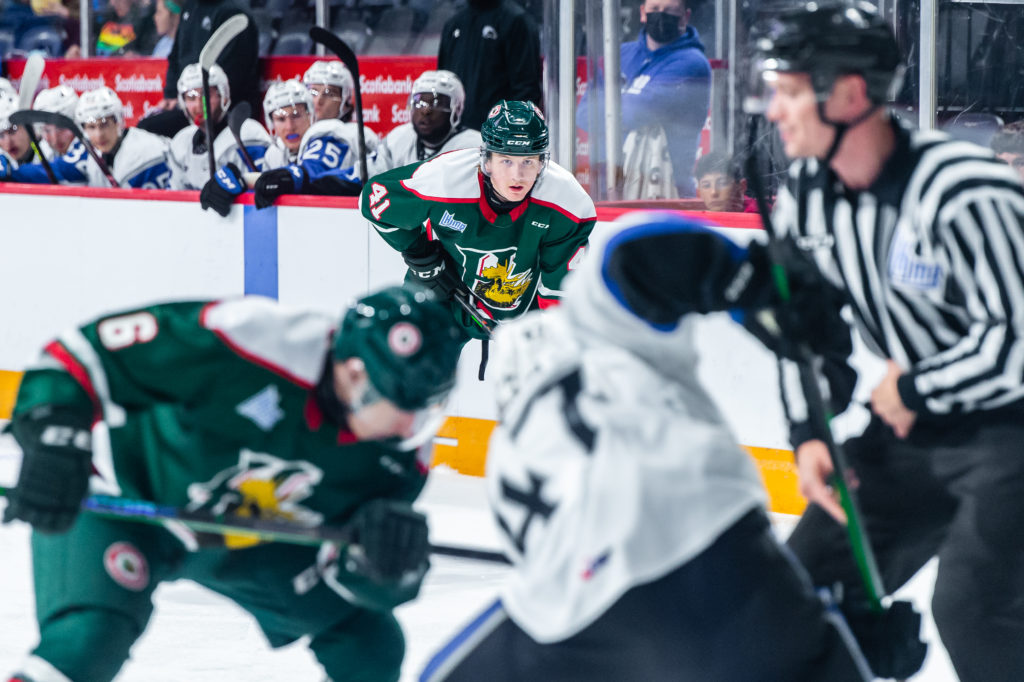 Brady James and Jonathan Lemieux put on an impressive display of goaltending on Friday night at Scotiabank Centre as the Mooseheads wrapped up the preseason on home ice.

Saint John skated away with a 3-2 shootout win over Halifax in a game that felt more like a playoff contest at times rather than an exhibition game in September. James, fresh off a stint at Nashville Predators training camp, was stellar between the pipes for the Moose with 38 saves through regulation and overtime before stopping three-of-four in the shootout. Riley Bezeau was the only player to beat James in the shootout and was the only player on either team to light the lamp to give the Dogs the victory.

Lemieux was equally excellent at the other end of the ice by making several acrobatic stops to keep Saint John in line for a win. The 20-year-old finished the night with 33 saves and did not allow a goal in the shootout. Lemieux came to the Sea Dogs in an offseason trade from Val d’Or where he became one of the top netminders in the QMJHL.

Markus Vidicek logged a ton of minutes for the shorthanded Mooseheads who were missing four regulars who are at NHL camps, along with five more due to injury. The second year centreman scored a beautiful breakaway goal in the second period by going high under the bar on the backhand after a long feed from defenceman Brady Schultz. Vidicek added an assist while taking 43 draws from the face-off dot. He had nine shots on goal to boot. Senna Peeters also found the back of the net for the Moose as the home team took part in a very heated and physical game with the 2022 Memorial Cup hosts.

Saint John, who were also missing several regulars due to NHL camps, got goals from former Moosehead Cole Foston and opened the scoring just 19 seconds into the game when William Dufour took a crossing pass from Josh Lawrence. You can watch a replay of our Official YouTube Channel below.

Halifax finishes the preseason with a record of 5-1-0-1 and will get things going for real next Friday night on the road in Cape Breton before a return date with the Eagles in the Mooseheads Home Opener on Saturday, October 2nd at 7pm. Tickets are on sale now at TicketAtlantic.com.