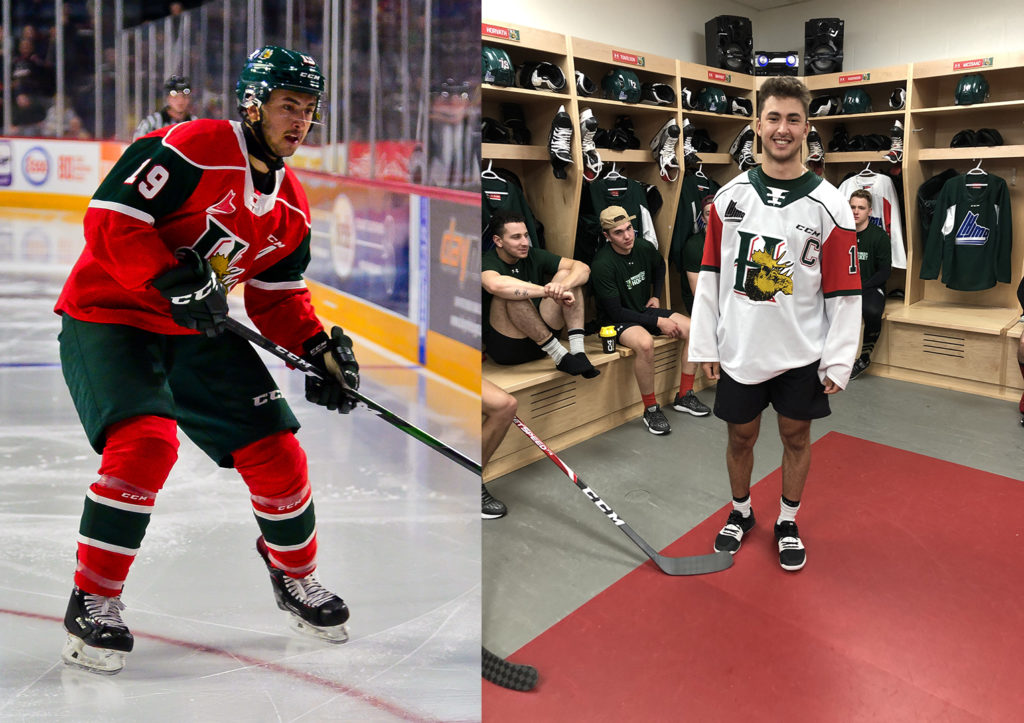 Head Coach J.J. Daigneault officially named forward Benoit-Olivier Groulx the 2019-20 Captain of your Halifax Mooseheads on Thursday afternoon. The coach gathered his players in the dressing room prior to practice where he made the announcement. He also named defenceman Patty Kyte a full-time alternate while a few other yet-to-be-named players will rotate the “A’ throughout the season.

Groulx is a 19-year-old Anaheim Ducks prospect and is in his fourth season with the Mooseheads after the team selected him with the first overall pick in the 2016 QMJHL Entry Draft. He becomes the 47th player in team history to wear the “C” on his jersey and was chosen for his dynamic leadership both on the ice and in the dressing room. The Gatineau, QC native enjoyed the most productive season of his career in 2018-19 when he exploded for 80 points in 65 games. He is currently 15th in all-time franchise scoring with 178 points and 10th in franchise history in goals with 81.

The new Captain will have the letter on his shoulder on Friday night when the Mooseheads begin a home-and-home series with Cape Breton at 7pm at Centre 200 in Sydney. The teams meet again on Saturday night at 7pm at the Scotiabank Centre for the 12th Annual Pink in the Rink Game.

Halifax will once again wear special pink jerseys that will be raffled off during the game with all proceeds going to the Canadian Cancer Society. Tickets are on sale now at the Ticket Atlantic Box Office, TicketAtlantic.com, select Superstore outlets, the Official Mooseheads Shop in Scotia Square Mall or charge by phone 902-451-1221.