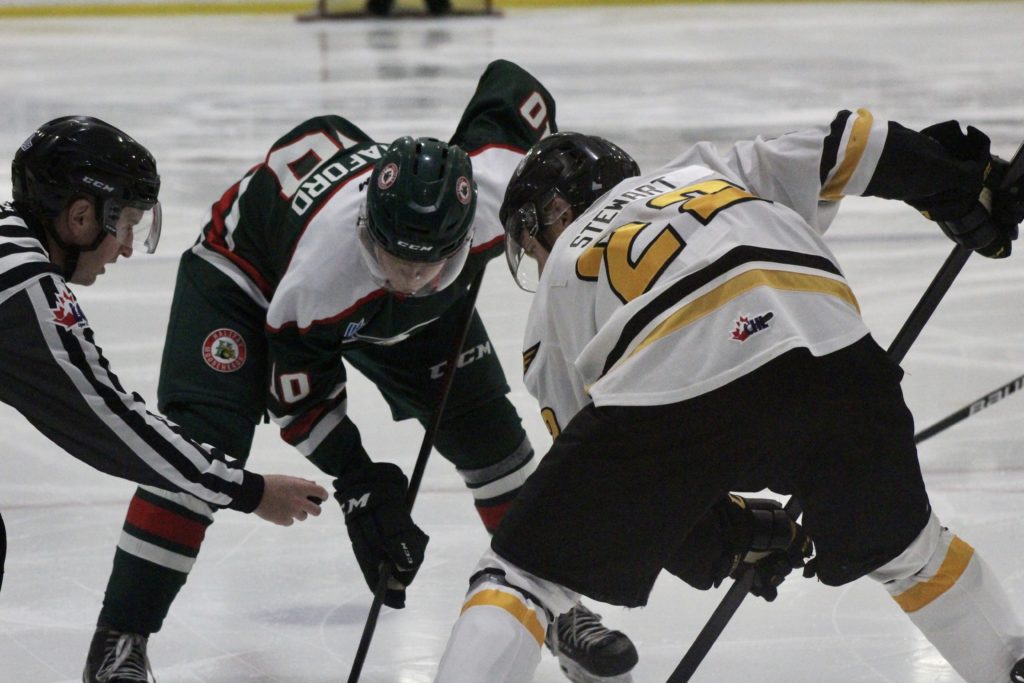 Everything was going right for the Mooseheads on Friday night in Glace Bay where they visited the Cape Breton Eagles in preseason action. Halifax had goals from six different players and got a 31 save performance from rookie goalie Mathis Rousseau to coast to victory.

The Moose went two-for-four on the man advantage and killed off all three Cape Breton power plays to improve their preseason record to 3-1-0-0.

Goals for the Herd came off the sticks of Jake Furlong, Zac Beauregard, Zack Jones, Mathieu Cataford, Attilio Biasca and Landon Miron while the Eagles’ lone marker was scored by Nicholas Girouard. Goalie Xavier Farrah took the loss with 21 saves on 27 shots.

Vidicek had a trio of assists in the win while Zack Jones and Attilio Biasca each had two points. Jake Furlong clearly assisted on the Beauregard goal but was not credited with an assist. Should the statisticians change the scoring, the Mooseheads defenceman would have also finished with a goal and an assist.

Zac Beauregard’s power play goal. Scorekeepers have given assists to Attilio Biasca and Markus Vidicek…but how about that feed from Jake Furlong!?🤷‍♂️#GoMooseGo pic.twitter.com/t3CeSYrqGk

The Mooseheads and Eagles meet again on Saturday afternoon at Scotiabank Centre at 4pm as the preseason continues. Tickets are on sale now at TicketAtlantic.com. Seating is General Admission.