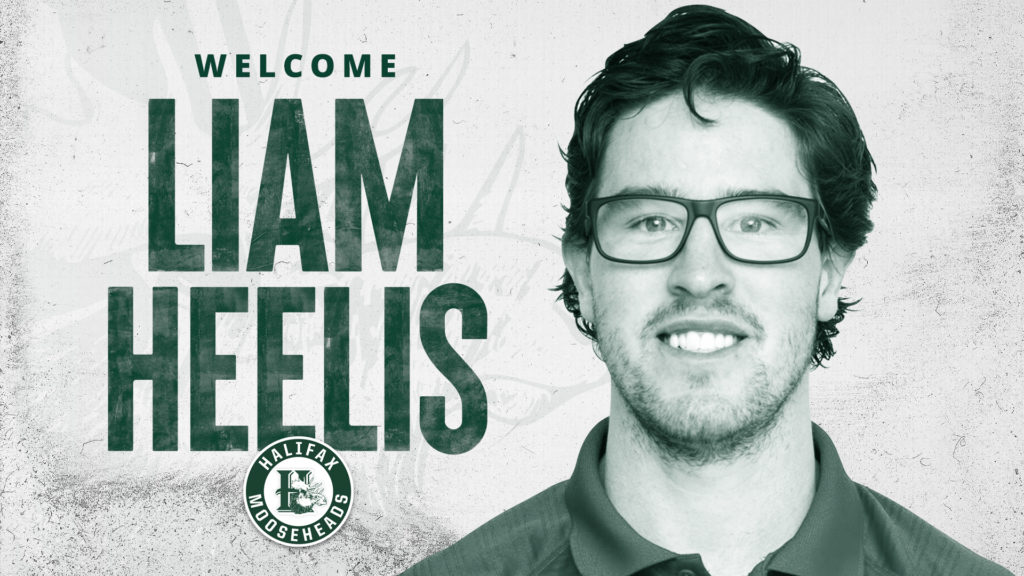 Halifax, N.S. – The Halifax Mooseheads announced the hiring of Liam Heelis as an Assistant Coach on Wednesday.

Heelis had served as the interim Head Coach of the McGill University men’s program for the last two seasons following two years as an Assistant Coach. His addition completes the offseason overhaul of the Mooseheads coaching staff which also included the promotion of Sylvain Favreau to Head Coach Sylvain Favreau and the hiring of Assistant Brad MacKenzie.

“We are excited and thrilled to welcome Liam to our organization. He comes highly recommended,” said General Manager Cam Russell.

“Liam’s hard work, hockey IQ and leadership are all qualities that make him a tremendous asset in helping our young group moving forward.”

The 30-year-old Heelis who hails from Georgetown, ON, enjoyed a prolific four-year playing career with Acadia University where he was the Captain of the 2014 AUS Champion Axemen. He earned a nomination for the 2014 BLG CIS Male Athlete of the Year. He later suited up for his fifth season of eligibility with McGill before playing one season in the EIHL with the Fife Flyers in Scotland.

Heelis was a key member of the OHL Champion Owen Sound Attack in 2011, scoring 53 points in 68 regular season games. He also played three seasons with the Peterborough Petes from 2007-2010.

Some other career highlights include winning a World University Games Gold Medal in 2013 (Canada, Men’s Ice Hockey), and attending the Florida Panthers Rookie Camp in both 2014 and 2015.

The Mooseheads open the 2021-22 Regular Season on Friday, October 1st in Cape Breton before hosting the Eagles in the Home Opener in Halifax on Saturday, October 2nd at 7pm. Promotional Games and ticket information will be announced later this summer.