Hectic schedule ahead for the Herd 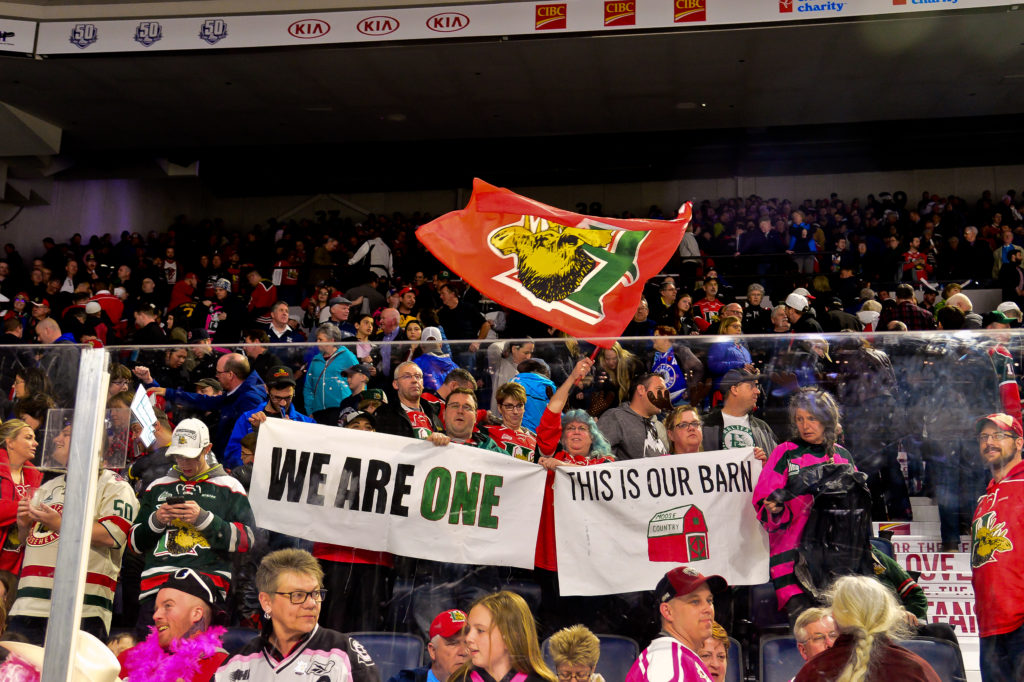 Your Halifax Mooseheads (3-4-0-0) are back home following a successful road trip that saw the team win two out of three during their first visit to the province of Quebec this season. The Moose book-ended the trip with victories over Drummondville and Baie-Comeau with a loss to Chicoutimi in the middle game.

Center Benoit-Olivier Groulx has returned to the team and picked up three points on the road trip. He also officially signed an Entry Level Contract with the Anaheim Ducks on Sunday. The 2018 second round pick of the Ducks will continue to develop in Halifax this season and has comfortably moved into his role as the top line center with Raphael Lavoie and Maxim Trepanier on his wings.

Injuries have been an issue early in the season for Halifax with Alex Gravel, Cole Foston, Jeff Burridge and Cam Whynot all going down for a variety of reasons so far. Jared McIsaac continues to rehab from shoulder surgery and is expected to return in late November or early December. Foston will be out another three weeks while Gravel, Burridge and Whynot are day-to-day and will be back in the lineup soon.

Thursday night is Student Night with the Mooseheads when they welcome the Saint John Sea Dogs at 7pm. Fans with valid student I.D. can purchase tickets for just $9 and receive free cover at Cheers Live following the game.

Sunday’s game starts at 3pm when the young and talented Val d’Or Foreurs make their only visit to Moose Country this season. The Foreurs have made nine picks over the last three years in the top 25 of the QMJHL Entry Draft and feature the highly touted rookie forward Justin Robidas, son of former NHL defenceman Stephane Robidas. It will be a great day to come out and cheer on your Mooseheads.

To top off Thanksgiving weekend, the Herd will visit the Charlottetown Islanders on the holiday Monday at 3pm.

Tickets are on sale now at the Ticket Atlantic Box Office, TicketAtlantic.com, select Superstore outlets, the Official Mooseheads Shop in Scotia Square Mall or by phone 902-451-1221.