Hitting the Road vs Acadie-Bathurst 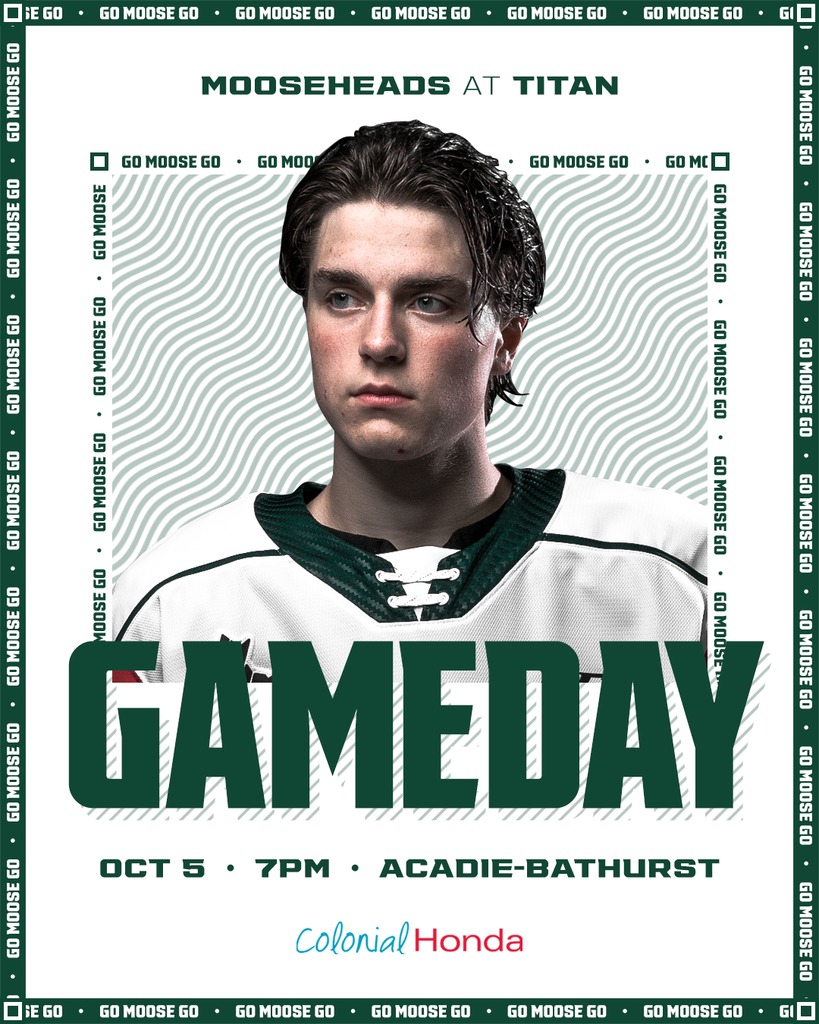 Your Halifax Mooseheads are set to play their second game of the season tonight when they face off with the Acadie-Bathurst Titan at the K.C. Irving Regional Centre at 7pm.

The Herd opened the year with an exciting 5-4 overtime victory over Cape Breton on Saturday on home ice with Markus Vidicek scoring the winner on the power play. The Mooseheads were given an Honourable Mention in the latest CHL Top 10 Rankings released today.

Fans can watch tonight’s game on CHL TV or listen on CityNews 957 with Garreth MacDonald.

The Titan have played three games already this season and hold a 1-1-1-0 record. After losing a pair of one-goal games at home, they defeated the Moncton Wildcats 5-3 on Sunday as Jan Bednar made 35 saves and Noah Ryan scored twice.