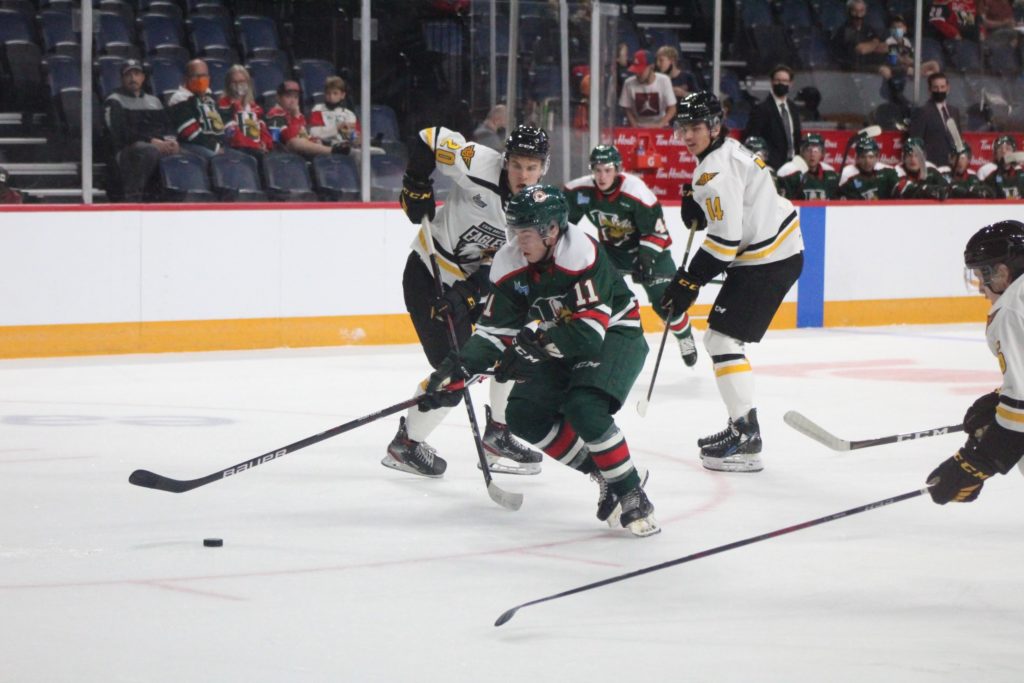 Your Halifax Mooseheads are now 4-and-1 in the preseason after a 4-3 win on Scotiabank Centre ice over the Cape Breton Eagles on Saturday afternoon. The win completes a weekend sweep of the Eagles following a 6-1 win by the Herd on Friday in Glace Bay.

Landon Miron scored the winner for the Mooseheads at 7:36 of the third period while on the power play as he used his size advantage in the crease to bang in a loose puck. The goal was his third of the preseason and second in as many days. Zac Beauregard helped set up the game-winner and has enjoyed an excellent first weekend in a Mooseheads uniform. The recent acquisition from Charlottetown finished the game with a goal and an assist and now has three points in his first two games with Halifax.

Jordan Dumais put on a skills clinic in the contest with a beautiful first goal and several opportunities afterwards which included hitting a couple of cross bars. The sophomore forward had a pair of points in the win and was also joined in the goal scoring category by Zack Jones.

Brady James played the entire game and made some huge stops in the early going while earning the victory with 27 saves.

It wasn’t all good news for the Mooseheads who lost forward Attilio Biasca to a thumb injury. He was being reassessed after the game but may be out indefinitely. The team was already without James Swan who suffered a broken hand in practice late in the week and he is now out indefinitely.

The preseason takes a break until September 18th when Halifax will visit the Moncton Wildcats. The Mooseheads will wrap things up on home ice on Friday, September 24th against the Saint John Sea Dogs. Tickets are on sale now at TicketAtlantic.com.