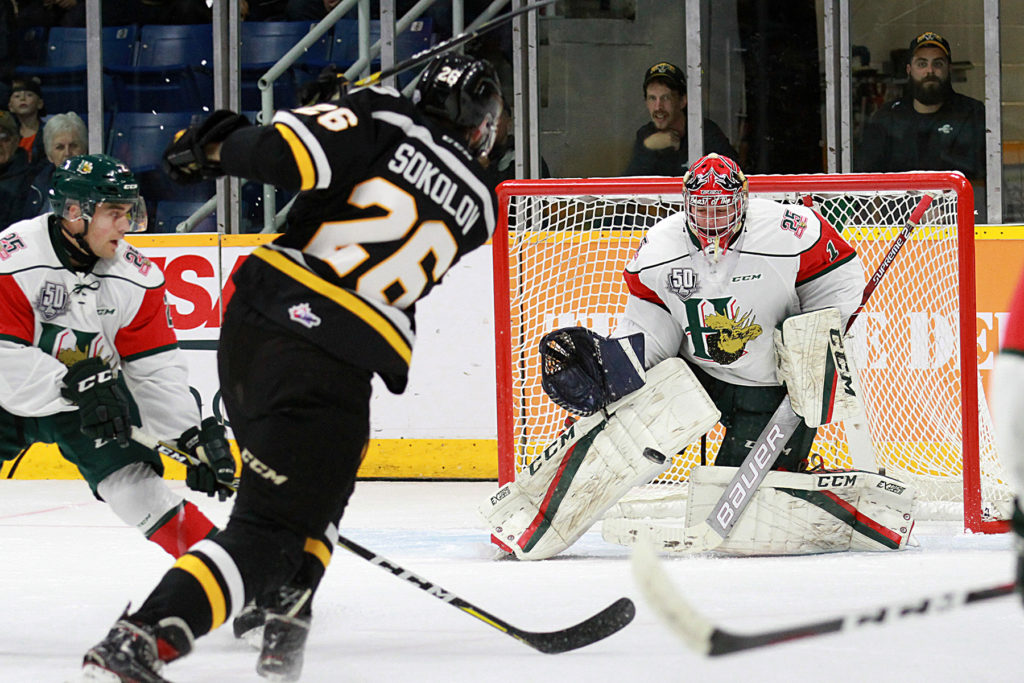 The Mooseheads and Screaming Eagles are ready for a pair of back-to-back battles during the QMJHL’s Rivalry Week schedule with the Herd hosting Cape Breton in the Mooseheads home opener on Saturday night at 7pm.

The teams will first meet on Friday in Sydney before making the trek to Halifax for the much anticipated game in Moose Country. The matchup features the two top goal scorers in the QMJHL in Raphael Lavoie and Egor Sokolov who each have 11 goals to their credit.

While Halifax is off to a terrific 11-3 start to the season, Cape Breton is also playing very strong hockey early in the year and have won four straight games to improve to 7-6-0-1. The Mooseheads began the week tied with Rouyn-Noranda for the most points in the league with 22.

Goaltending and defense has proven to be a huge factor in the Mooseheads success with the team allowing the fourth fewest goals against in the QMJHL with 38 which is an average of 2.71 per game. The team also holds the best penalty killing percentage in the league at 85.7 percent. Halifax has been shorthanded a total of 56 times and has allowed just eight goals. They’ve also scored twice while shorthanded with both goals coming off the stick of Antoine Morand.