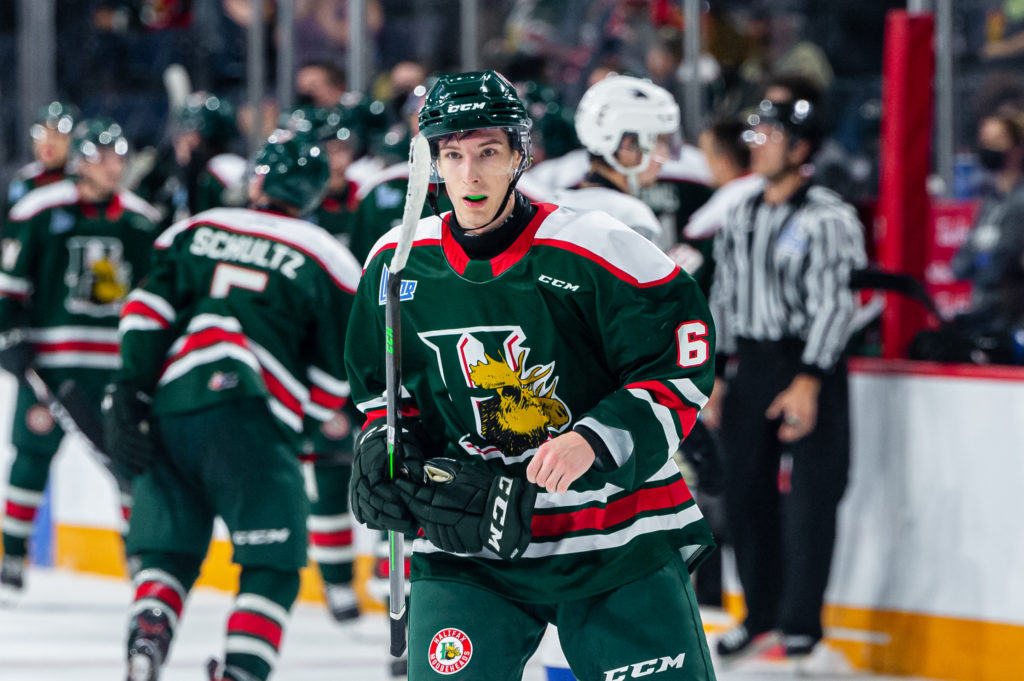 Your Halifax Mooseheads are back for a big year and ready to begin the 2021-22 QMJHL Regular Season this week with a pair of battles against the Cape Breton Eagles. Game #1 takes place on the road Friday night at Centre 200 before the teams return to Halifax for the Home Opener at Scotiabank Centre on Saturday night at 7pm. Here are some things you need to know to prepare for an exciting season in Moose Country.

The Team: There’s a new look behind the bench with Sylvain Favreau taking over as Head Coach. He is joined by new Assistants Brad MacKenzie and Liam Heelis. MacKenzie is tasked with coaching the defenceman and Heelis will handle the forwards. Your Mooseheads have a strong corps of players led by NHL Draft picks Elliot Desnoyers, Zach L’Heureux, Bobby Orr and Cam Whynot while a talented young group of supporting players make the Herd a dangerous team in the Maritimes Division.

Tickets: All tickets are now digital for Scotiabank Centre events and can be purchased online from your computer or mobile device at TicketAtlantic.com. We also have a very informative page on our website (MooseheadsTickets.ca) to help you navigate prices and seating charts along with links to purchase. There is also a new Family Flex 20 package that may be a very attractive option for you and your family & friends.

Full Capacity: Yes, we are now permitted to host games at full capacity once again. Proof of full vaccination will be required. Masks are mandatory for Saturday’s Home Opener.

NHL Camps: Elliot Desnoyers (Philadelphia) is the only player remaining at NHL training camp. Desnoyers continues to recover from offseason hip surgery and has recently resumed full contact action with the Flyers who made him a fifth round draft pick in 2020. Zach L’Heureux was reassigned to Halifax earlier today and is currently day-to-day with an upper body injury suffered at Predators camp late last week. The recent first round pick of the Preds is due to serve the remaining three games of a four-game QMJHL suspension for the Mooseheads to start the year after receiving a the sentence on April 13th of last season.

New Faces: 16-year-old rookies Dylan MacKinnon, Mathieu Cataford, Logan Crosby and Vincent Gauthier all cracked the opening night roster as the youth movement continues in Halifax. The Moose will also have a rookie goalie in the mix in 17-year-old Mathis Rousseau. Rousseau was a fourth round pick of the Herd in 2020 and will serve as the backup to starter Brady James this year. Defenceman Brady Schultz made the roster after impressing the Mooseheads staff during camp. The American was taken with Halifax’s final pick of the 2020 QMJHL Entry Draft but was unable to come to Moose Country until last month because of the pandemic. There are also a pair of new 20-year-old players joining the 2021-22 edition of the Mooseheads in defenceman David Lafrance from Orleans, ON and forward Zac Beauregard from Repentigny, QC. Lafrance was a free agent addition while Beauregard was acquired in a late August trade with Charlottetown.

Season Opening Injuries: We know for sure that the Mooseheads will be without forwards James Swan and Attilio Biasca to start the season after both players suffered hand injuries during training camp. They remain out indefinitely, with a return timeframe of mid-to-late October. Forwards Jordan Dumais and Vincent Gauthier also remain on the injured list for now and are being reassessed this week. The team is hopeful to have them in the lineup when the puck drops on Friday night.

Promotional Nights Return: Not only will the product on the ice be skilled and entertaining, but the promotional games fans know and love are back and better than ever. Watch the video below for a full list of games and dates. We’ll see you at the rink!