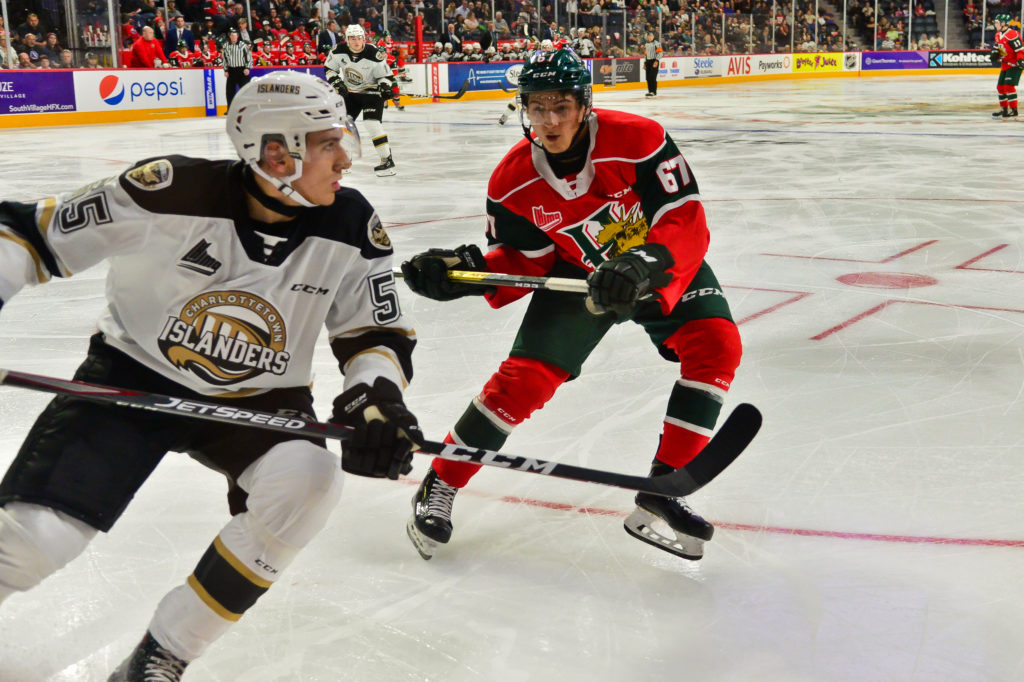 A number of regulars weren’t in the lineup for the Mooseheads for various reasons on Sunday afternoon as the team suffered a 5-2 loss to the Islanders in Charlottetown where Thomas Casey scored twice for the home team at the Eastlink Centre.

Cole McLaren got the start in goal for the Herd and was a busy man throughout the afternoon, facing 41 shots in the defeat which snapped a mini two-game winning streak for the Mooseheads. Halifax’s record slipped to 13-12-2-1 which is fourth in the Maritimes Division and 11th overall in the QMJHL.

One bright spot for the Mooseheads was the power play which was 2-4 on the day. Benoit-Olivier Groulx opened the scoring on the man advantage at 11:31 of the first period when Max Trepanier fed the puck across in front to the Captain who buried it into a gaping net for his 12th of the season. It didn’t take long for Charlottetown to pull even as Gaetan Jobin struck on an Isles power play less than two minutes later. The Jobin marker was the first of three consecutive goals by the home team who extended the lead to 3-1 during the second period when Liam Peyton and Max-Antoine Melancon beat McLaren.

Halifax got within one on a controversial goal at the end of the second period that had the 2,226 fans up in arms. Max Trepanier continued his hot streak when he tapped in a Groulx shot while hanging over goalie Matt Welsh in the crease. The goal came at the 19:59 mark and sparked a bit of a melee as the horn sounded with the officials handing out a total of six roughing penalties after the buzzer. Trepanier has points in 13 straight games and 19 of the last 20. He also had an assist on Groulx’s opening goal to bring his season total to 36 points.

The third period was all Charlottetown however as the home squad kept McLaren busy. Casey made it a 4-2 game with a nice goal off the rush at 4:23 and he sealed the game with an empty net goal in the final minute of regulation. Finals shots were 42-21 for the Islanders as they improved to 16-10-4-0.

The next home game for the Mooseheads is Friday night at 7pm against the Cape Breton Eagles at the Scotiabank Centre. Tickets are on sale now at the Ticket Atlantic Box Office, select Superstore outlets, TicketAtlantic.com or charge by phone 902-451-1221.