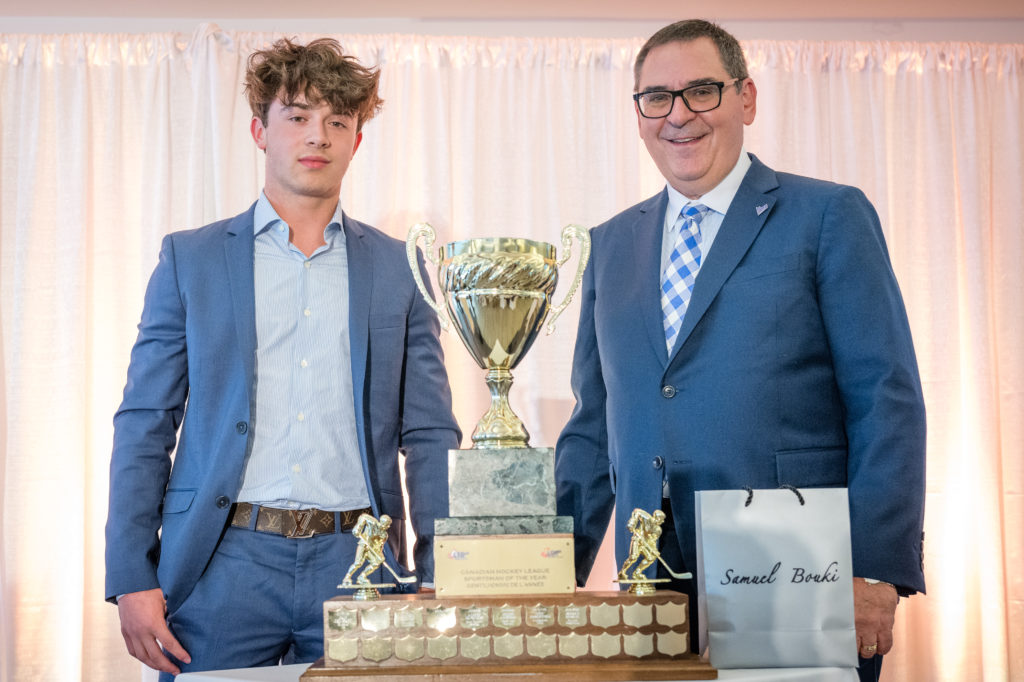 The Canadian Hockey League announced today the 10 winners of the 2021-22 CHL Awards in a celebration of outstanding accomplishments and individual performances held live Tuesday from the Saint John Marina alongside national partners and in the lead up to the Championship Final of the 2022 Memorial Cup presented by Kia.

The CHL Sportsman Player of the Year is presented annually to the player judged most sportsmanlike. The 2021-22 recipient is Jordan Dumais of the Halifax Mooseheads who in 68 appearances recorded 39 goals and 70 assists to finish with a team-leading 109 points that ranked third highest in the QMJHL. The 2022 NHL Draft prospect was also limited to six penalty minutes. Finalists for the CHL Sportsman Player of the Year Award were Logan Stankoven of the Kamloops Blazers and Wyatt Johnston of the Windsor Spitfires.

Dumais was named the QMJHL’s Most Sportsmanlike Player earlier this offseason and was also named to the QMJHL’s Second All-Star Team. Next up for Dumais is the NHL Entry Draft which will be held in Montreal next week on Thursday, July 7th and Friday, July 8th.

Mooseheads Season Tickets are on sale now while 15-Game Packs and Family Flex 20 Packs will go on sale Wednesday, July 6th at 10am. Click here for details.