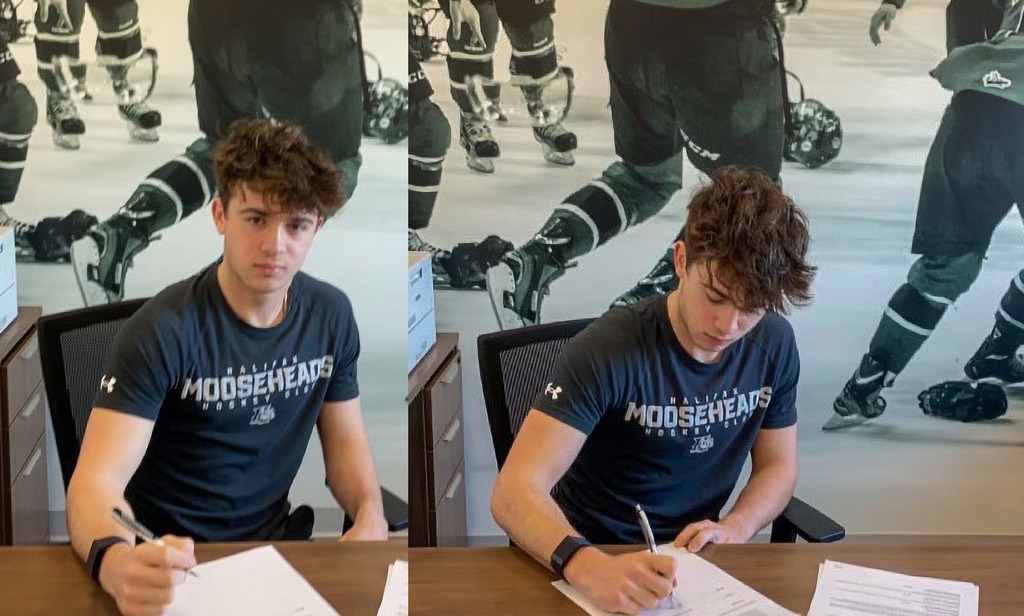 “To reach such a milestone in my career means a lot to my family and I, and I’m extremely excited to be part of the Blue Jackets organization,” Dumais said.

The 18-year-old from Île-Bizard, QC was selected by the Jackets in the third round of the 2022 NHL Entry Draft after exploding for 109 points with the Mooseheads last season. His incredible year consisted of 39 goals and 70 assists and was the fourth highest points total in a single season in Mooseheads franchise history.

Dumais didn’t skip a beat in picking up this fall where he had left off in the spring and is currently leading the QMJHL scoring race this season with 48 points in just 21 games. His dominant season has included 14 multi-point games, a pair of six-point efforts and one four-goal outing. He has found his way onto the scoresheet in 19-of-21 games to date.

Jordan Dumais at his best. What a goal for the Hat Trick.

Columbus isn’t wasting any time by locking up the young star as he becomes just the sixth player taken in the third round in July to sign a professional contract. In fact, there are still 12 players from the first round who have yet to sign deals and 28 players drafted in the second round who remain unsigned. This is a testament to how well Dumais continues to play and how highly he is thought of within the Columbus organization.

Dumais and his first place Halifax Mooseheads will look to extend their lead in the Maritimes Division tonight when they host the Val d’Or Foreurs at 7pm at Scotiabank Centre. It’s Student Night in Moose Country with $10 tickets for fans with valid student ID. Tickets are on sale now at TicketAtlantic.com.