L’Heureux named to QMJHL Team of the Week 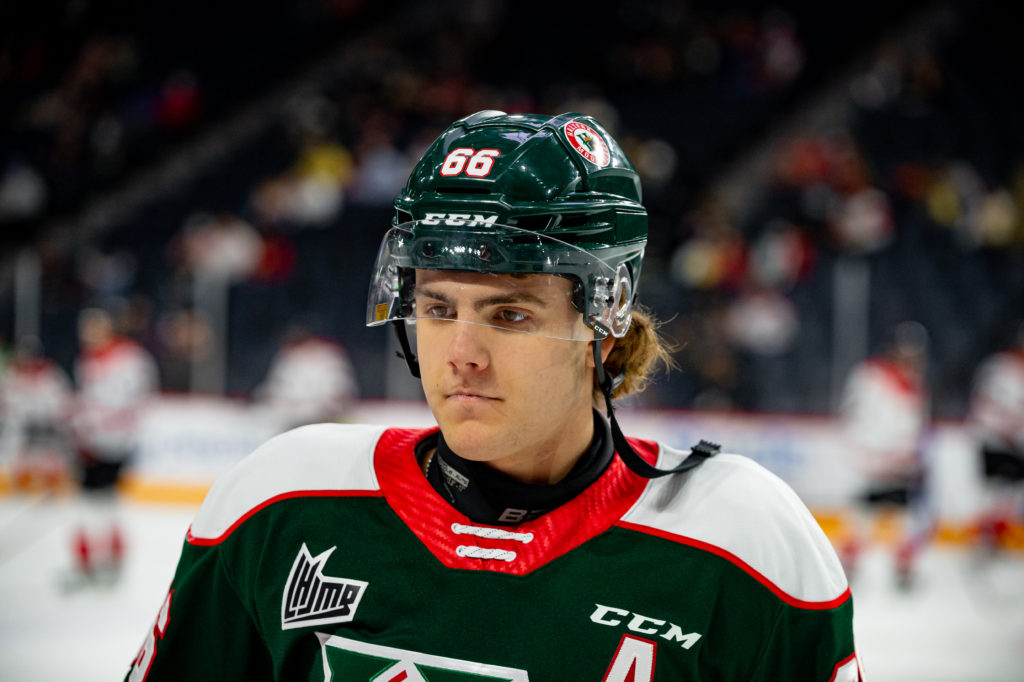 It was quite a weekend for Mooseheads forward Zachary L’Heureux, who scored two goals and added four assists in a pair of Halifax victories, earning him a spot on the QMJHL Team of the Week.

The Nashville Predators first round draft pick returned from a four-game suspension on Friday and scored twice, including the game-winner on the power play, to lead the Mooseheads to a 5-2 victory over the visiting Rouyn-Noranda Huskies. The Mercier, QC native followed it up with an even better performance in Saturday’s 5-4 overtime victory over Blainville-Boisbriand at Scotiabank Centre. L’Heureux notched four assists in the win, including a beautiful play and pass to set-up Zack Jones for the game-winner.

L’Heureux is third in team scoring this season for the Mooseheads with 23 points in 14 games. He has eight goals and 15 assists while maintaining a +/- rating of +10.

Oyé! Oyé! Here is the ninth edition of the @Videotron Team of the Week! 👇

The Mooseheads head out on an extended road trip on Tuesday when they face-off in Saint John at 7pm. The Herd will continue on to Quebec for three-games-in-three-days starting Friday in Victoriaville. They’ll visit Shawinigan on Saturday and Patrick Roy’s Quebec Remparts to wrap things up on Sunday.

Mr. Jones and me, we’re gonna be big stars.

The next home games for Halifax are set for Thursday, December 9th vs Tyler Peddle and the Drummondville Voltigeurs and Saturday, December 11th vs the reigning President Cup Champion Victoriaville Tigres. Tickets are on sale now at TicketAtlantic.com.