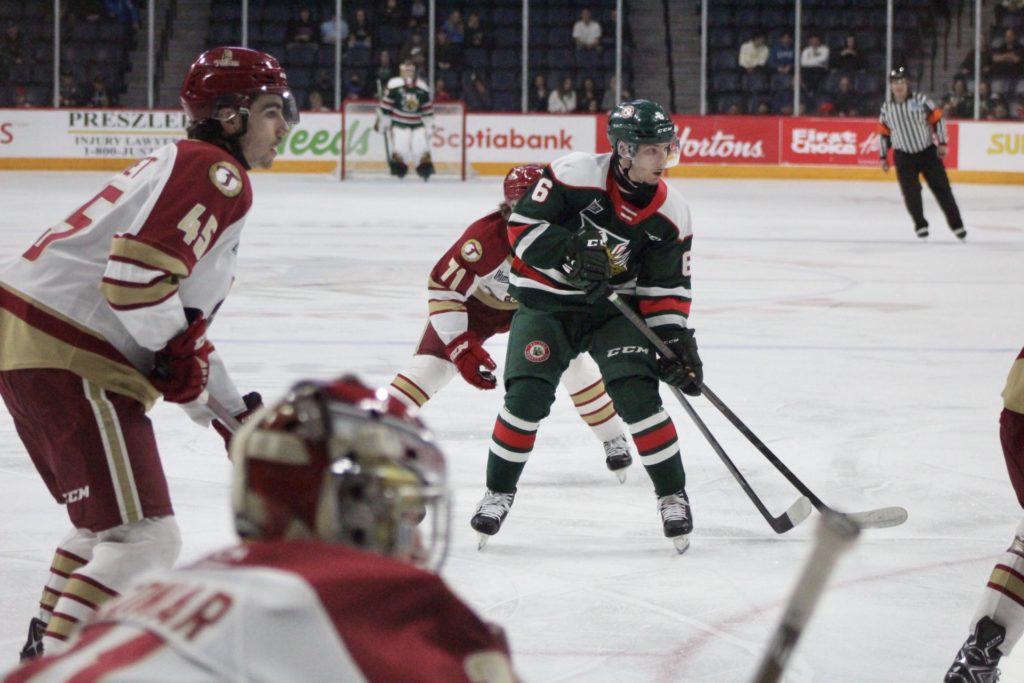 Prior to this week, Mooseheads fans hadn’t experienced playoff hockey since 2019 but they made up for it on Wednesday night by witnessing the longest game in franchise history as Halifax and Acadie-Bathurst battled for 116 minutes and 14 seconds with the Titan eventually coming away with a 4-3 victory in triple overtime.

Riley Kidney ended the marathon on the 72nd shot of the night for the Titan in an absolute classic for both franchises. The Titan victory ties the best-of-five first round series 2-2 and forces a fifth and deciding game to be played back in Bathurst on Thursday night at 7pm.

The game was the fourth longest in QMJHL history while goalie Mathis Rousseau set a Mooseheads team record for saves in a game with 68.

Halifax jumped out to a 2-0 lead in the contest on goals by Mathieu Cataford and Markus Vidicek 40 seconds apart way back in the second period but Bathurst responded to tie it 2-2 after two periods of play with Cole Huckins and Hendrix Lapierre lighting the lamp. The Titan took their first lead of the night on a controversial goal at 10:18 of the third period when Rousseau made the initial save before being shoved into the net on a delayed penalty call. After a review, it was determined that the puck crossed the line and Bathurst had a 3-2 lead much to the surprise of the fans inside Scotiabank Centre. The Mooseheads bounced back about two minutes later when Cataford netted his second of the game to re-energize the fan base and force overtime.

The one that forced OT

The teams traded plenty of chances early in OT before play slowed down considerably as the tired legs set in. Ben Allison of the Titan appeared to have scored the winner 7:39 into the third overtime period and the team celebrated at length on the ice before it was overturned for a high stick on the play. Play continued for about nine more minutes before Kidney’s shot fluttered behind Rousseau to finally end the fourth game of the First Round President Cup Playoff series.