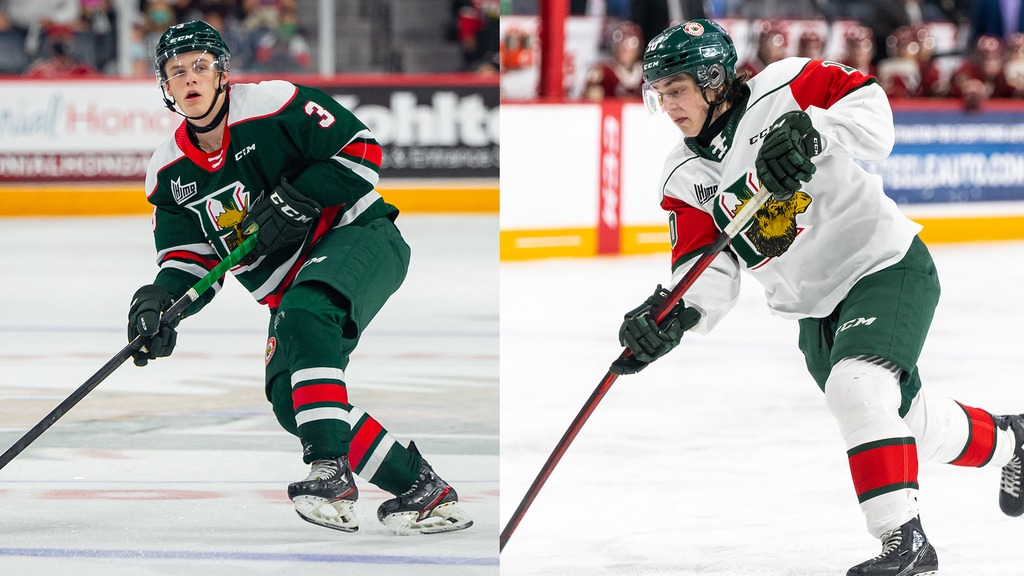 When the puck drops on the 2022 Hlinka Gretzky Cup later this month in Red Deer, Alberta, there will be a couple of Mooseheads players featured on Hockey Canada’s squad.

Defenceman Dylan MacKinnon and forward Mathieu Cataford were both named to Canada’s team in the U18 event after impressing at the 44-player selection camp in Calgary. Cataford was the highest scoring 16-year-old this past season in the QMJHL with 46 points in 62 games after being drafted 6th overall by Halifax in 2021. MacKinnon was the 5th overall pick at the 2021 QMJHL Entry Draft and played in 52 games with the Mooseheads as a rookie while scoring two points.

“Mathieu and Dylan had tremendous camps and really gave themselves a chance to make that team,” said Mooseheads Head Coach Sylvain Favreau who served as a guest coach for Team White at selection camp.

“They took advantage of their opportunity by demonstrating good habits early on in practice and played with intensity and urgency during the games. Cataford showed that he could play on both sides of the puck and chip in offensively while MacKinnon played a hard, tough-style of game and defended really well. Both players will strive to be difference makers in leading Canada to Hlinka-Gretzky Gold,” Favreau added.

The Hlinka Gretzky Cup will run from July 31st to August 6th as the world’s best players under the age of 18 go head-to-head. Canada’s National Men’s Summer Under-18 Team will join Slovakia, Sweden and Switzerland in Group A, while Czechia, Finland, Germany and the United States will form Group B.

MacKinnon, Cataford and the rest of team Canada will open the competition against Switzerland on Sunday at 10pm AST. The top two teams from each group will advance to the semifinals on August 5th, with the bronze and gold medal games set for August 6th.

TSN and RDS, the official broadcaster partners of Hockey Canada, will provide full coverage of the tournament.