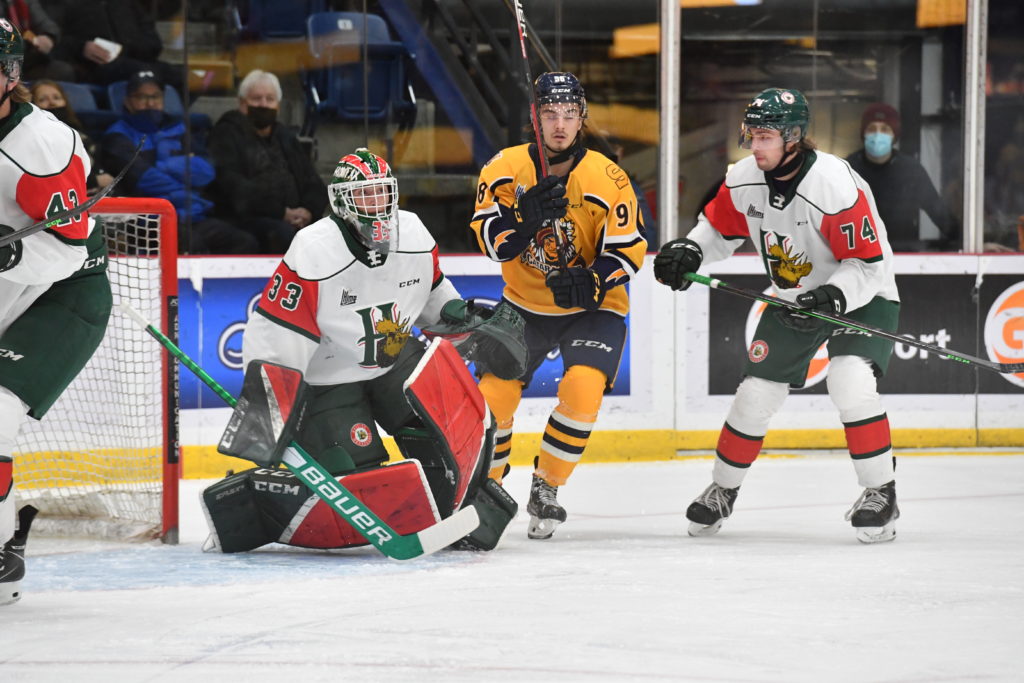 The lethal Cataractes power play was on display in Shawinigan on Saturday night where the Mooseheads dropped a 5-4 decision at the Gervais Auto Centre. Shawinigan scored four times on five chances on the man advantage to build up a sizeable lead before hanging on as Halifax pushed hard to make a comeback for the second straight night.

Xavier Bourgault scored a hat trick and added an assist while Mavrik Bourque had a four assist night as the two NHL first round picks continued their excellent seasons for Shawinigan. The Cataractes upped their success rate on the power play to 32.9% which is second only to the Charlottetown Islanders.

Martin Has and Olivier Nadeau also scored for the home team as they built up a 5-2 lead thanks to three goals in the third period that came in a span of 2:23. The Mooseheads didn’t wait long before mounting a comeback with Elliot Desnoyers and Markus Vidicek striking for goals 74 seconds apart to bring the Herd within one. Unfortunately for the Moose, that was as close as they would come as time ticked away.

Jordan Dumais had a great game for Halifax with one goal and two assists to give the 17-year-old points in 10 of his last 11 games. He has picked up 18 points in those 10 games. Attilio Biasca had the other Mooseheads goal in the loss while Bobby Orr tallied two assists. Other helpers went to Mathieu Cataford and Dylan MacKinnon.

Final shots were 40-30 for Shawinigan with Brady James stopping 35 in the defeat. Antoine Coloumbe made 26 saves while earning the win.

Halifax lost a pair of players to injury during the game with Stephen Davis leaving with an upper body injury in the first period after a William Veillette boarding penalty. Davis did not return while Logan Crosby left with a lower body injury in the second period and did not return. They will be reassessed prior to the road trip finale on Sunday afternoon at 4pm ADT in Quebec vs the Remparts.