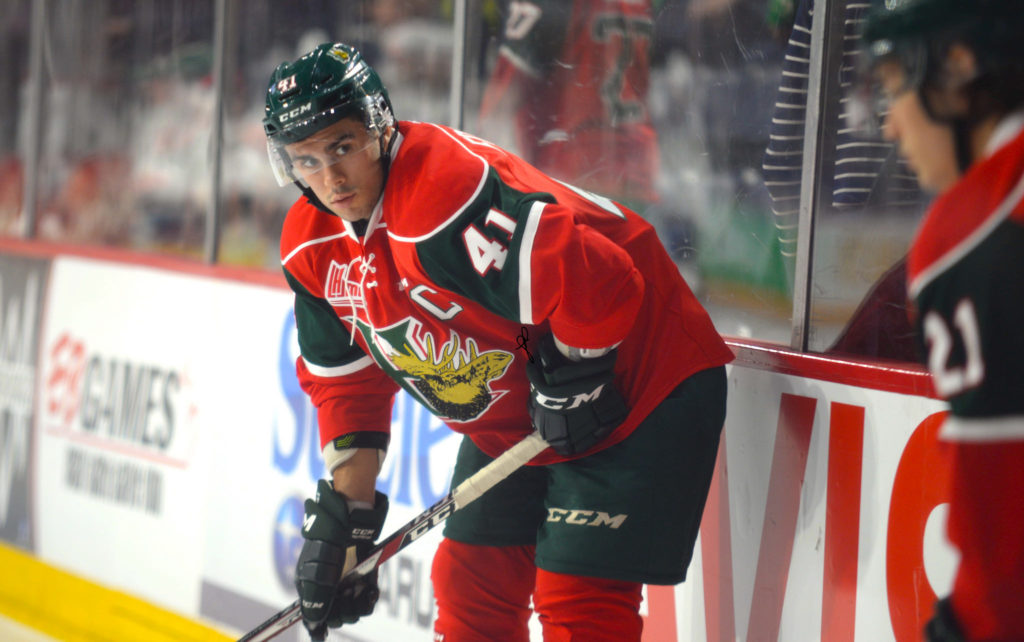 Hockey staff knew it, players around the league knew it and most importantly fans of the Halifax Mooseheads knew it. Maxime Fortier had simply proven too much in his junior career to not have been offered a contract from an NHL team. Well that can all be layed to rest now because the Columbus Blue Jackets have stepped to the plate and signed one of the best Mooseheads forwards of all-time to a three-year entry level contract.

Fortier signed the deal prior to tonight’s game in Gatineau after the paperwork was sent through and he will get a chance to realize his lifelong dream of playing professional hockey.

Passed over twice in the NHL Entry Draft, the soon to be 20-year-old continues to be among the QMJHL’s best offensive players. He enters the weekend tied for second in league scoring with 24 points. He has twice scored more than 30 goals and currently sits fourth in all-time franchise points with 221 points in 220 games. Fortier was twice invited to Montreal Canadiens development camp but was never offered a contract.

The speedy Captain will stay with the Mooseheads for the rest of this season and is likely to begin his pro career in the American Hockey League with the Cleveland Monsters under Head Coach and former New Jersey Devils forward John Madden next fall. Originally drafted by the Halifax Mooseheads in the second round, 34th overall, of the 2013 QMJHL Entry Draft, Fortier is currently playing in his fourth full season with the club. He made an impact on fans early in his career when he was called up from Midget for the 2014 playoffs and scored an overtime winner in Game 5 of an epic 7-game series against Val d’Or in the league semi-finals. From there he hasn’t looked back, twice representing the Mooseheads in the CHL Canada-Russia Series while becoming one of the most consistent scorers this decade for the franchise.

Congratulations Max, from the entire Mooseheads organization. You’ve earned it.