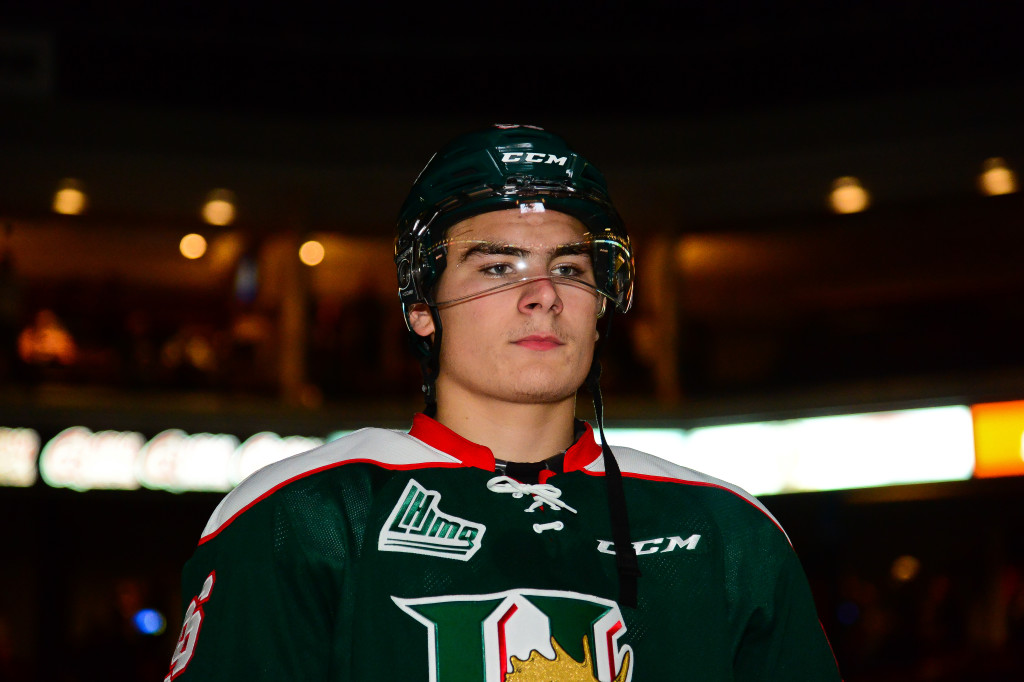 Timo Meier is the newest Captain of your Halifax Mooseheads.

The star forward returned to the team on Monday after being reassigned from San Jose Sharks training camp and was immediately named Captain of the Moose by Head Coach Dominique Ducharme during a team meeting at Scotiabank Centre.

“I think we’re all excited to have him back,” said Assistant Coach Jon Greenwood.

Meier was selected ninth overall by the Sharks in June’s NHL Entry Draft and has spent the majority of the month of September at San Jose’s training camp. Greenwood said having the new Captain back in the lineup will be a boost to the team.

“It’s going to be nice to have him back not only as a player but the presence and leadership that he brings will be huge for our young players.”

Meier enjoyed a breakout season in Halifax in 2014-2015 by scoring 44 goals and 46 assists which included a 27-game point scoring streak.

The 18-year-old Herisau, Switzerland native is entering his third season with the Mooseheads and will be in the lineup when the team embarks on a three-game road trip starting Friday night in Sherbrooke. Halifax will also visit Blainville-Boisbriand on Saturday and Drummondville on Sunday.

Meier’s first game at Scotiabank Centre will be Thursday, October 8th at 7pm when the Mooseheads entertain the Armada. Tickets are on sale at the Ticket Atlantic Box Office, select Superstore Outlets, TicketAtlantic.com or by phone at 902-451-1221