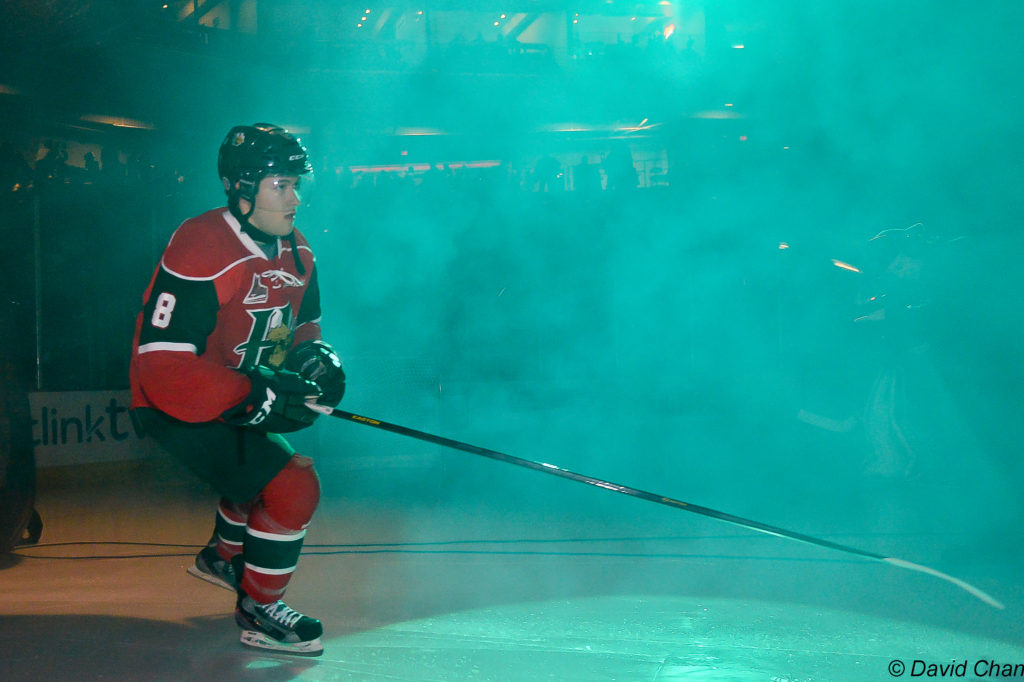 The Portland Winterhawks knew the Halifax Mooseheads would be able to score goals but they were not prepared for the excellence of the Mooseheads defense. So said Dartmouth native and Portland Coach Mike Johnston to Mooseheads GM Cam Russell after the 2013 Memorial Cup.

One of the pillars of the Halifax defensive corps was 19-year-old Cole Harbour native Brendan Duke. Drafted in round two of the 2010 QMJHL draft by Quebec Duke was one of only five players on Halifax’ championship team who had ever played a Major Junior game for a team other than the Mooseheads. Duke was traded back home to the Mooseheads during the Christmas trade period of the 2011-12 season.

Brendan Duke was nobody’s idea of an offensive dynamo but his rock solid defensive play and penalty killing helped the Mooseheads reach the semi-finals of the QMJHL in 2012. On the way to the semi-finals Halifax defeated Duke’s former team, the Quebec Remparts, in a thrilling seven-game series. Halifax lost the first three games of the series but battled back to win game seven on the road in overtime.

Duke’s contributions to Halifax’ championship season included registering a +69 in 75 games including a remarkable +26 while appearing in all 21 of the Mooseheads playoff and Memorial Cup games.

As a 20-year-old Duke helped the Mooseheads finish in second place overall before losing a heart breaking game seven to the Val d’Or Foreurs. He moved on from the Mooseheads to join the Dalhousie Tigers.

Brendan Duke was one of five Haligonians on the Mooseheads who had a little extra in the tank to help bring the Memorial Cup to their hometown.