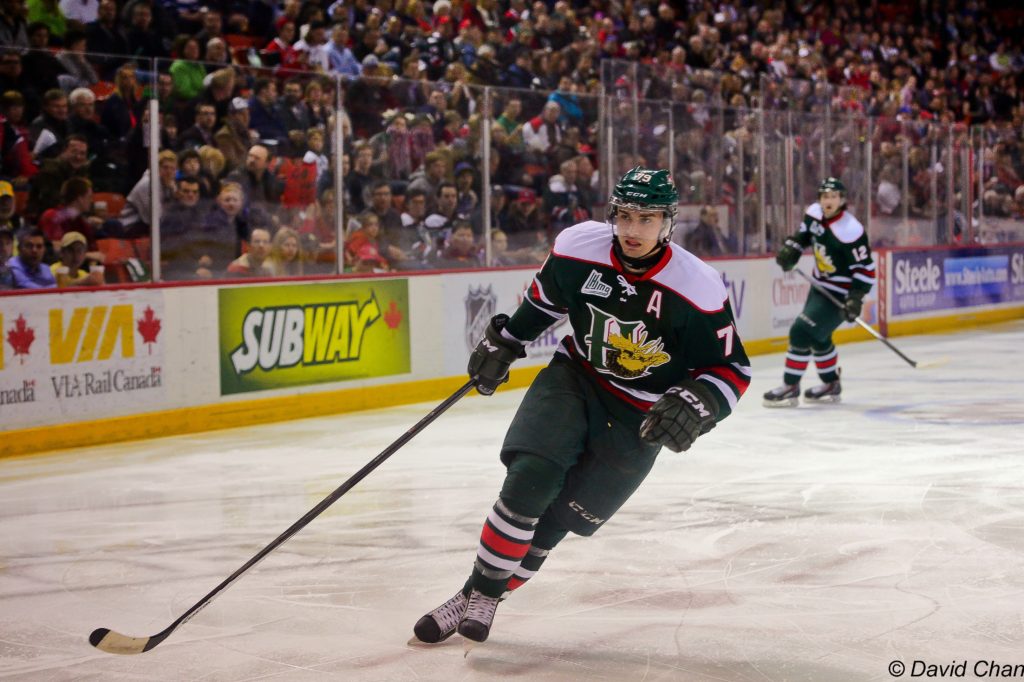 As the Club works hard behind the scenes to prepare for the 2019 Memorial Cup for Halifax we thought we’d take a look back at the remarkable 2013 edition of the Mooseheads and provide an update on the players who have their names etched on the symbol of Canadian junior hockey supremacy. 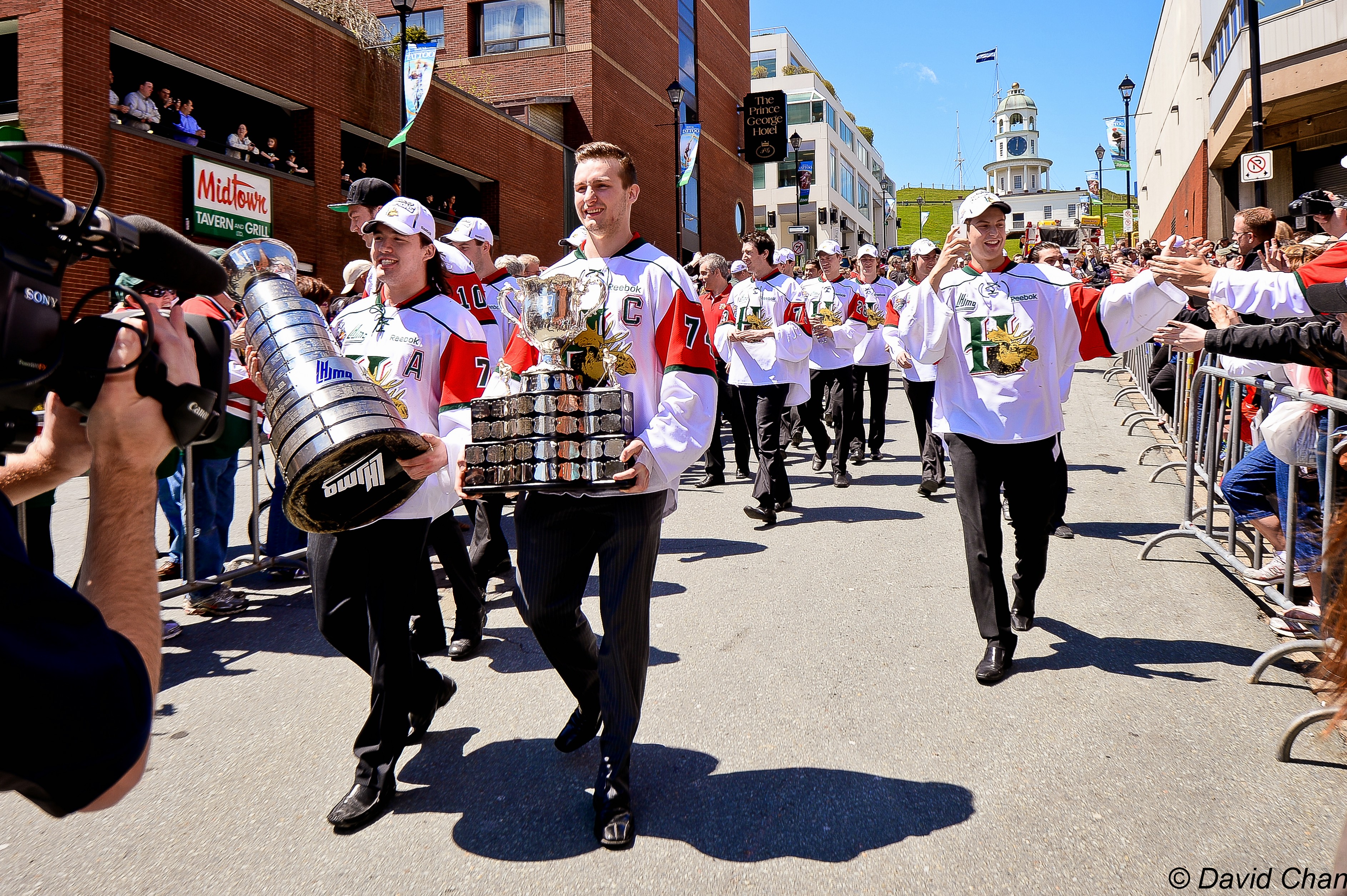 Before we get to our players here is a small sampling of some noteworthy statistics on the championship team:

• The club’s overall record was 77-8-3-1. Six regular season losses, one loss in the playoffs and one loss during the Memorial Cup tournament.

• During the 68-game regular season the Mooseheads outscored opponents by 171 goals.

• Eight of the 23 players who played at least one playoff game are currently professional hockey players. Fourteen are university students. Stephen MacAulay did not limit himself; he graduated from St. Mary’s University and is now playing professional hockey.

• The 2013 Mooseheads was a team developed from within. Only four of the Mooseheads’ twenty-three players had ever played a major junior game with a team other than Halifax. Brendan Duke played a season and a half with the Quebec Remparts before a trade brought him back to his hometown. Stefan Fournier was acquired in a trade with Victoriaville in the off-season before the 2012-13 season. Halifax native Stephen MacAulay joined the Mooseheads from Saint John half way through the 2012-13 season. Matt Murphy was traded from Val d’Or to Halifax during the Christmas trade period of the 2012-13 season.

• Of the 20 players in uniform when the Mooseheads defeated the Portland Winterhawks in the final game nine were first round picks in either the QMJHL draft or the CHL Import Draft.

Over the coming weeks we’ll take a look at the Mooseheads players who thrilled hockey fans during the unforgettable 2012-13 hockey season.

Brent Andrews is the poster boy for the Mooseheads ride from the bottom of the QMJHL standings to the top. Halifax drafted Andrews in the first round in 2009 and the team proceeded to finish the regular season out of the playoffs and 35 games under .500. Three years later Brent and his teammates finished the regular season 52 games over .500.

Andrews’ offensive statistics improved each season with the Mooseheads. As a 16-year-old he managed a respectable 7-9-16; as a fifth-year 20-year-old he broke out with 28-41-69 totals. Brent Andrews’ value to a winning team could never be measured in goals and assists alone. He was an assistant captain of the Memorial Cup champs and he was the big, strong and fast player needed to compete with the best junior teams in the Canadian Hockey League. When Coach Dominique Ducharme could send Brent Andrews over the boards against an opponent’s number one center he knew the Mooseheads would be in good shape.

The Hunter River, PEI native was another member of the 2012-13 team who was a conscientious and gifted student. When Andrews left the Mooseheads he had completed the equivalent of one year of his university studies at St. Mary’s University. He transferred to UPEI and is in the process of earning a Bachelor of Business Administration. Although Andrews could graduate next spring he is going to attend UPEI for a fourth year in order to broaden his business education with an emphasis on finance courses.

Speaking with Brent Andrews you realize he has an appreciation for the accomplishments of the 2012-13 Mooseheads. He has watched the past three Memorial Cup finals with a feeling of, “Wow, we did that.”

Andrews notes that a highlight of the championship season was returning to Halifax from Baie Comeau with a 3-1 series lead in the finals. He knew the Mooseheads’ first Presidents Cup would be won on home ice.

Brent Andrews is in his third year of university hockey with the UPEI Panthers. He plans on playing year four then exploring professional hockey options in North America or Europe. Any team looking for a strong two-way center who knows how to win should take note.