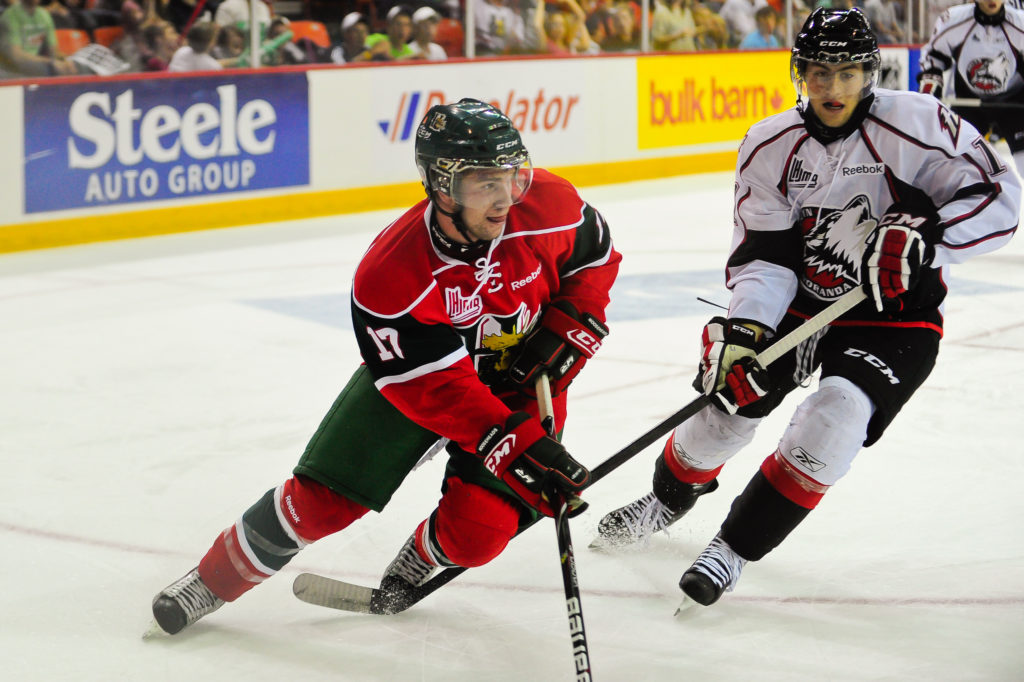 Grit and competitiveness are words that come to mind when Mooseheads fans think of Darcy Ashley. They’d be mistaken not to add skill to that list. Ashley was indeed an ultra-competitive player on a team of highly competitive athletes but as a 19-year-old he was also the third leading scorer on the 2013 Halifax juggernaut.

Ashley was drafted in the second round by Halifax in 2010. His offensive totals increased over each of his four seasons and he wound up scoring 98 goals and 252 points in 239 regular season games. In addition to Ashley’s contributions to the 2013 Memorial Cup champions Darcy played in the semi-finals twice as the Mooseheads lost to Rimouski in 2012 and Val d’Or in 2014. Ashley’s most dynamic season was in 2013-14 when he amassed 30-50-80 totals despite playing only 48 games due to injury.

After being recruited by almost every AUS hockey program Darcy opted to return home to play for the UPEI Panthers and attend UPEI. Always an excellent student Ashley is working towards a Bachelor in Business Administration with a major in Accounting. He’ll graduate in the spring of 2018. Darcy is also a budding entrepreneur. He purchased a fishing boat and license last year. After graduation Darcy will tackle the CPA exams and plans on staying on PEI.

When asked what he remembers most about his time with the Mooseheads Darcy talked about the “process” of becoming a champion. His first season in Major Junior hockey ended in a 15th place regular season finish and a four game sweep in the playoffs. Year two saw the team climb to sixth overall and the remarkable game seven OT win over the Quebec Remparts in a series where the team had fallen behind 3-0. The “process” culminated in Saskatoon and the Mooseheads could not have done it without Darcy Ashley’s skill, grit and leadership.