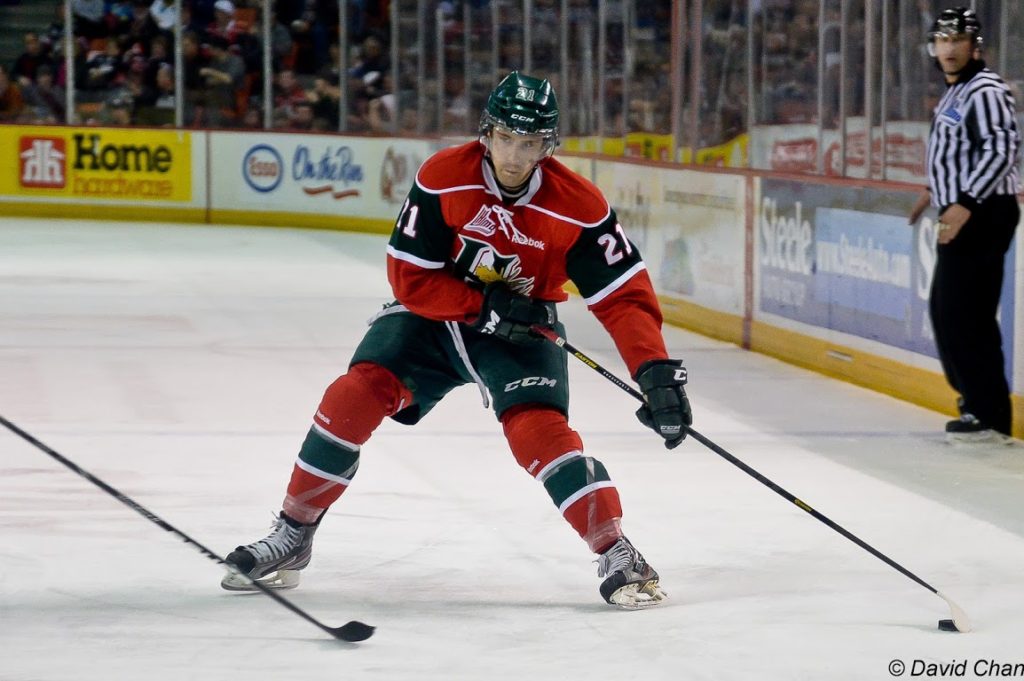 On October 1, 2012 Dominic Beauchemin scored his first QMJHL goal in a 6-2 win over the Bathurst Titan. In a post-game interview he gushed, “I tried to be in this league for three years and now I’m in it. It’s like a dream for me. It’s great.” By season’s end Beauchemin’s persistence would be further rewarded. He would be a Memorial Cup champion.

Beauchemin had been given brief auditions with the Quebec Remparts playing a total of seven games over the 2010-11 and 2011-12 seasons. The rest of the time during those two seasons he was a star in the Quebec Junior AAA League.

He received an invite to the Mooseheads 2012 training camp and made an immediate impression on the coaching staff. He was a powerfully built winger with an excellent shot. He ended the season with offensive totals of 14-20-34 appearing in 60 of the 68 regular season games. He was in the lineup for 16 of the club’s 17 playoff games and suited up for all four Memorial Cup games in Saskatoon.

Dominic Beauchemin is in his third year at Concordia University in Montreal. He studies Human Relations and will graduate in two years. He has become a very productive player at the university level scoring at almost a point per game clip over the past three seasons with the Concordia Stingers.

Dominic appreciates his time with the Mooseheads and the accomplishment of winning, “the hardest championship in all of hockey.” He might have been a far more productive player on a less talented team but as it turned out, he earned a Memorial Cup ring.