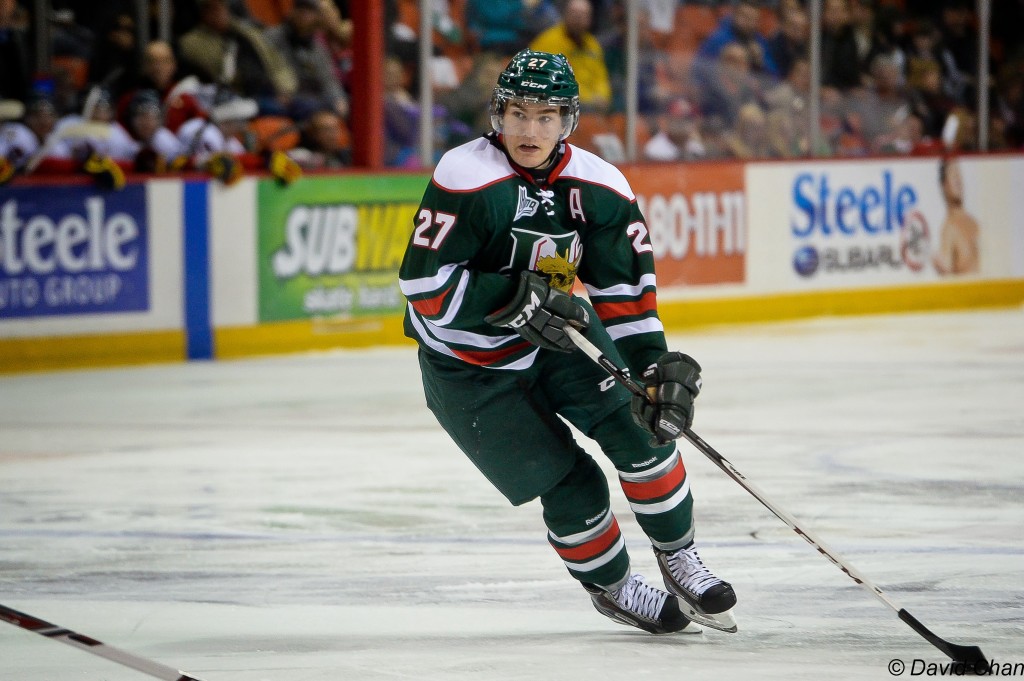 When contemplating Jonathan Drouin’s exploits with the Halifax Mooseheads there is a strong temptation to dwell on offensive statistics. Let’s just say they are gaudy…..and they are listed below. The magnificence of Jonathan Drouin the hockey player lies in his talent and passion and the flair with which he displays both.

Speaking to his passion for the game Drouin returned from the 2014 World Junior Championships in Malmo, Sweden and was given a few days off to rest at home. When GM Cam Russell called Jonathan to see how he was doing his parents informed Russell that he could not come to the phone because he was at the neighborhood outdoor rink
playing pick up hockey.

The Baie Comeau Drakkar selected Nathan MacKinnon with the first pick in the 2011 QMJHL Draft and Halifax traded up to take Drouin second. Nate and Jo will forever be linked in the minds of Mooseheads fans. Fittingly, an eventful twenty-five months after the QMJHL draft they were selected first and third in the NHL Draft.

Drouin got off to a slow start with the 2011-12 Mooseheads. In fact he didn’t show up for training camp. He played the first half of the season in the Quebec Midget AAA league. Drouin played well but not spectacularly for the Mooseheads during the winter of 2012 but once the playoffs arrived a star was born. It was Jonathan Drouin who scored in OT of game seven to eliminate the Quebec Remparts and finish Halifax’ improbable four-game comeback. It would not be Drouin’s final clutch performance in a Mooseheads uniform.

Jonathan Drouin was spectacular throughout the 2012-13 championship season. He was named the Most Valuable Player of the both the regular season and playoffs. His brilliance and production at the Memorial Cup were essential to the Club’s success.

There is a YouTube video of Jonathan Drouin. The 17-year-old carries the puck out of his own zone and makes a smart pass to a teammate. Once in the offensive zone he gets the puck back and creates a scoring chance with a clever pass. He recaptures the puck after an errant shot by a Mooseheads defenseman and proceeds to maneuver past an opponent firing a shot just over the net. He recovers his own rebound and while in control of the puck knocks a defender to the ice. Driving toward the net he dekes another defender and lays a pass to the top of the crease where a teammate chips it into the empty net. As the home crowd explodes and Drouin’s teammates laugh and shake their heads Jonathan Drouin shrugs his shoulders and displays a slight grin. The video has been viewed over 300,000 times.

Moose take down the Wildcats
2 days ago 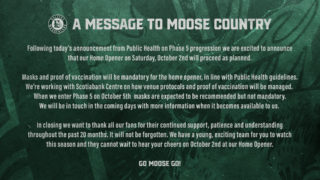 A Message To Moose Country
7 days ago