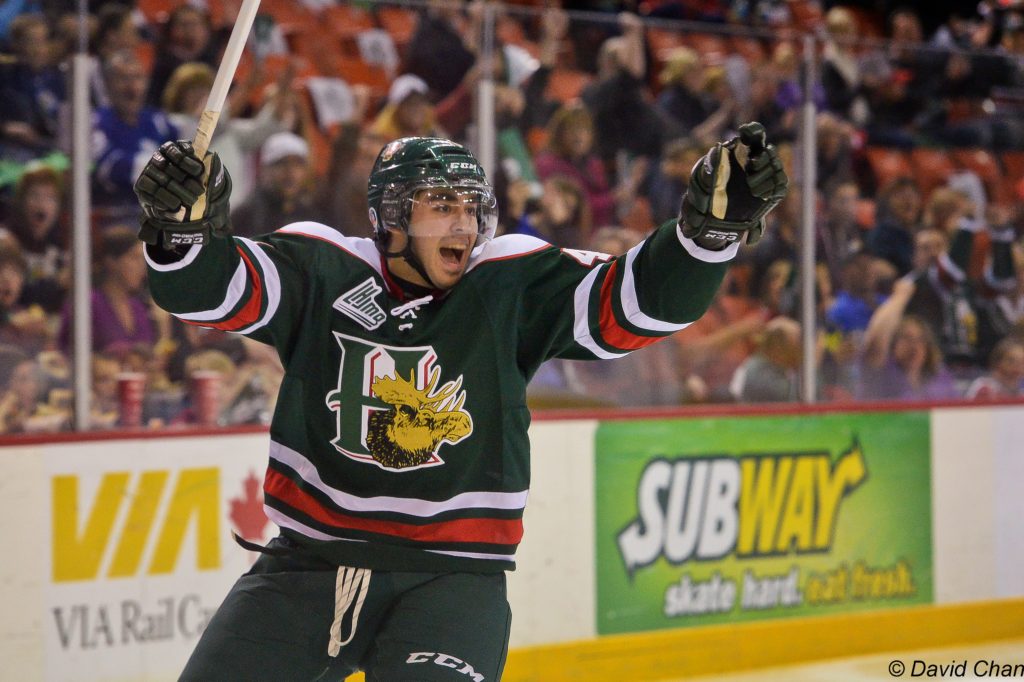 GM Cam Russell’s building of the 2013 Memorial Cup champions included a heavy dose of first round draft picks. Luca Ciampini was chosen second overall in the 2010 QMJHL draft. Luca was in his third season of major junior hockey when the Mooseheads captured the Memorial Cup and he was a key contributor. Ciampini was one of seven Mooseheads who recorded a point per game during the regular season as he rang up 25-46-71 totals in 65 games. Playing on the club’s second line with Matt Boudreau and Darcy Ashley for most of the season he also managed a +42 rating. He scored two goals in four games at the Memorial Cup tournament.

Off the ice Luca Ciampini was a very popular and easygoing member of the 2013 Mooseheads. Looking back on the 2013 team Luca speaks of the “building process” that culminated in the championship.

“We pushed ourselves all year long because we knew we had the team that could win.”

Luca was quick to point out that an opening night thumping at the hands of the Gatineau Olympiques was a good wake up call.

Ciampini spent the 2015-16 hockey and school years at Concordia University playing for the Stingers with Mooseheads teammates Dominic Beauchemin and Matt Boudreau. Luca is not playing for the Stingers this year and he has decreased his academic workload to concentrate on coaching and youth player development. He is the newly appointed Technical Director for the LaSalle Minor Hockey Association. In the summer of 2015 he launched the Montreal Spartans Hockey Program that concentrates on developing young players to their full potential.